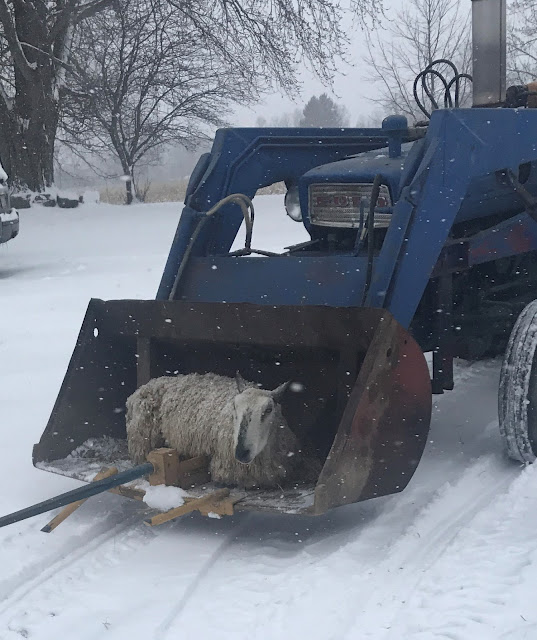 When feeding we do a check on the animals, I noticed one of our older ewes was missing, one that did not take kindly to being locked up in the barn, so was still with the rest of the flock.

When a ewe is not with the rest of the flock, there is good reason to be worried, they tend to not go off on their own.  Thankfully, we did find her after searching the pastures. She was standing which was good, but she had a minor injury to her leg, which we still haven't figured out from what. She appeared to be stressed, even with the dog running around she was not interested in moving. We led her to the direction of the barn as best we could, trying not to stress her out. It was taking forever!

Finally, it came down to her getting a tractor ride! I wasn't sure if she would stay put, but we went slowly and walked along with her. She didn't seem to mind. Once in the barn, she immediately started eating hay, another good sign. I think she is going to be fine, just gave us a scare. She is now confined to the barn until after lambing.

She should have been confined to the barn earlier, our older ewes have been in there since November.

I know a lot of sheep farms do not keep ewes past a certain age, they are more work and cost more money. 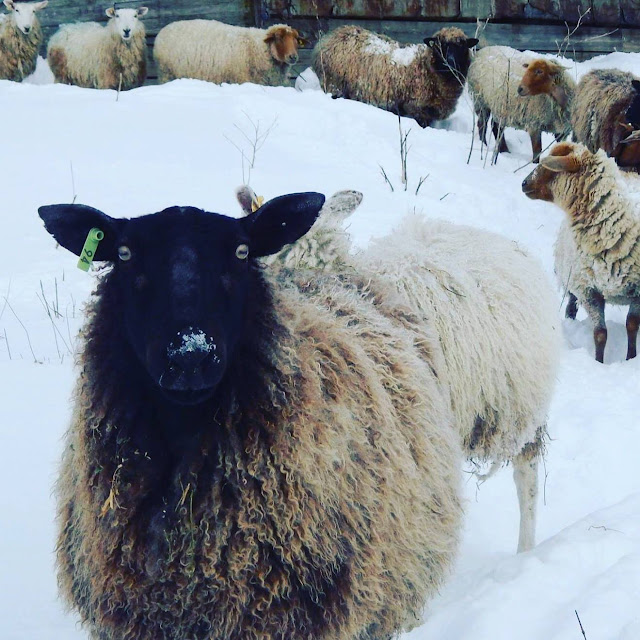 There are several reasons why we keep our older ewes. if a ewe gets to that age on the farm, that means she has been healthy, a good mother who raises her lambs on her own, and has a good disposition. I like ewes like that, they tend to be my favorites....I have a hard time letting go of my favorites!

So those favorites, are in the barn getting a little extra care and feed than the rest of the flock. I feel they earned it!