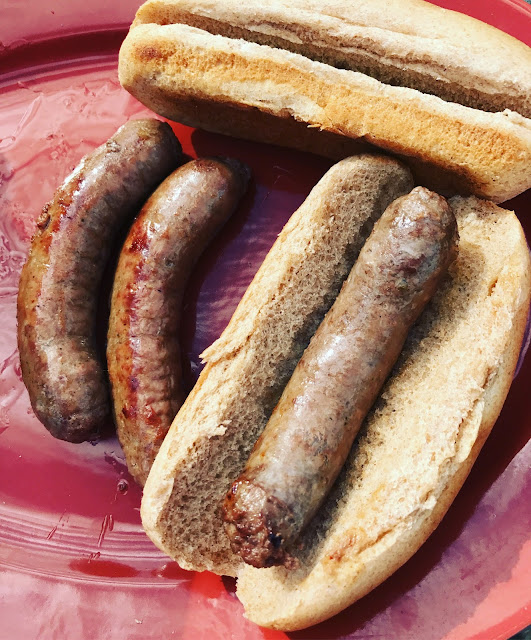 Brats are a favorite around here, especially during summer months when we cook a lot of our meals on the grill.

We had a hog processed so that leaves us with a lot of sausage in the freezer,  we also had a deer processed, so plenty of ground venison. Pork and venison, perfect combo for brats.

The only thing we didn't have on hand is the casings, which we were able to purchase from our local butcher. We had to buy a container, which holds quite a few, so thankfully they store well in the freezer. 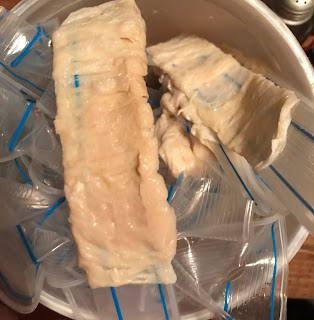 There are a lot of recipes online-I just gleaned from them all.

I decided to use half sausage-half ground venison.
The ground sausage I used had Italian seasonings already added.
I added some salt and pepper.
1/4 of the meat mixture, I added some shredded cheese and diced bacon.

To stuff the casings with the meat mixture, we used our Kitchen Aid sausage stuffer attachment.
It works pretty well, as long as the meat is very cold and firm, so we put the meat mixture in the freezer, and  removed the meat from the freezer in small batches. It helps if you have 2 people, one stuffing meat in the processor and another holding the casings and twisting them off as it fills up. It took a few tries to get it right. 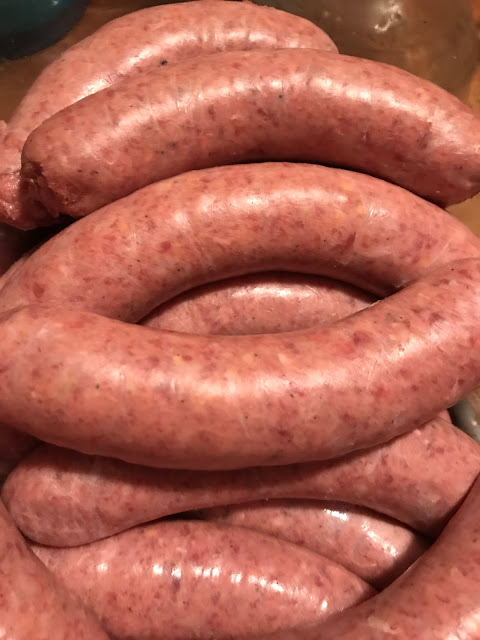 The fun thing about sausage/brats is they are pretty versatile and you can make quite a variety of flavors.

Most recipes call for 50-60 percent pork. Next time, I will add more sausage (60 percent) since the venison is so lean.

One suggestion is to mix up a small sample and cook it, do a taste test, to see if you like it before making a large batch.

The brats were a big hit, we are already planning our next batch...we are thinking Hawaiian....

Email ThisBlogThis!Share to TwitterShare to FacebookShare to Pinterest
Labels: Cooking from Scratch, Venison