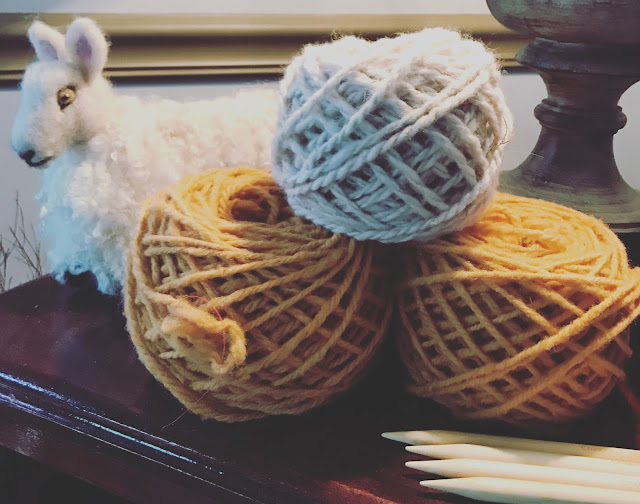 I like to spin wool into yarn, I also like to knit. On occasion the two come together and I knit what I spin.

Ply magazine's Spring edition, was all about down wool breeds. We were contacted by them last year, and  was asked if we would be interested in sending them some of our Tunis roving, dyed. I was really excited for the issue to come out, I knew our wool was being used in a sock project. I really have never gotten the hang of spinning with Tunis, I prefer the longwools. The issue came out, and the socks that were made with the wool, were amazing :)  The article about spinning Tunis wool, was very thorough, and helpful. 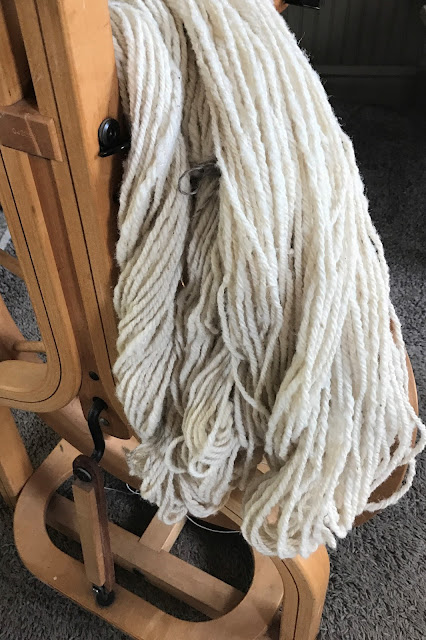 I started my own project using Tunis wool. I knew that I was probably not going to be able to do a three ply sock weight yarn, but I was hoping for worsted weight. Ha! I ended up with Super Bulky, it is obvious I still have some skills to learn, when it comes to spinning.

I dyed the wool after it was made into yarn, spinning white wool, can be a little boring, but I prefer to dye yarn over roving. I used Cushings, Perfection Dyes-Apricot 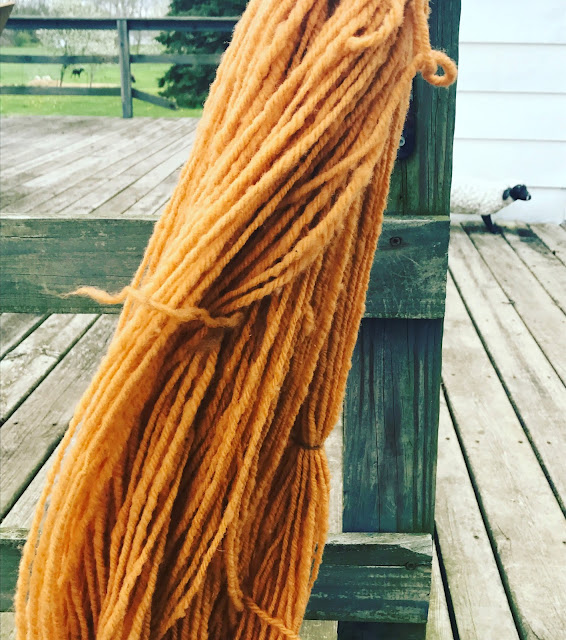 Even though it was not the yarn I was hoping for, I decided to find a project, where it could be used. I found a pattern from the Lion Brand Yarn Company, Super Bulky slipper socks.


I have only ever made two pairs of socks, and that was with commercial yarn, and a video tutorial that walked me through step by step of the pattern. I did manage to work my way through this pattern, and ended up with some slipper socks. Yes, there are some mistakes, and they are not quite the same size, but they are super squishy (Tunis yarn characteristic), comfortable and I LOVE the color.
So, even as imperfect as they are, this girl will be wearing them! 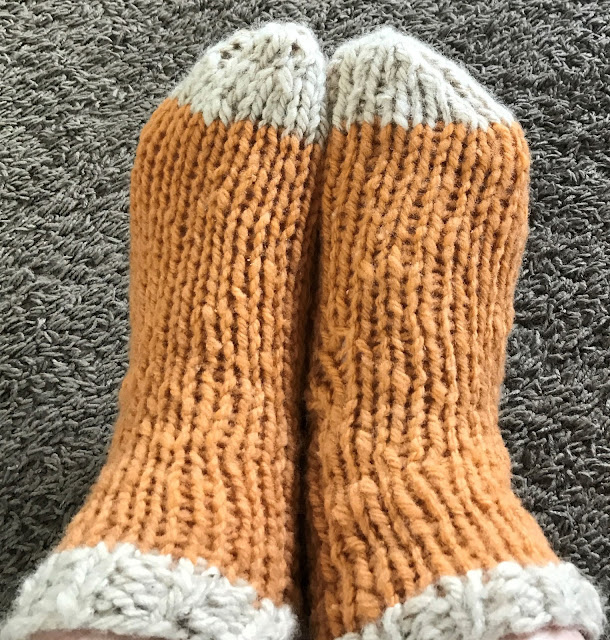 It was a fun sheep to socks project, even if they are not the sock project I had planned,  when spinning.


Yarn: Tunis 3-Ply, Super Bulky.
Color: Apricot (Cushings Perfection Dye)
Pattern: Lion Brand Slipper Socks, Knit
It has been four years since I made these socks, and I still have them. The Tunis wool has held up very well. They have gotten machine washed, and accidentally thrown in the dryer several times, and they ddin't shrink down to kids size.  One of the many reasons Tunis makes a great choice for slippers/socks.