After rescheduling twice due to rain, we finally were able to get the sheep sheared.

I was a little apprehensive this year about shearing since the sheep shearer we have used for many years, decided to "retire".  Our shearer this year was a local Amish man, who raises sheep as well. I am happy to say, that he did a great job.

We spend the previous day getting ready. Setting up gates, chutes, and gathering supplies. After many years of doing this, we have a pretty good system worked out.

We split the sheep up into two groups, last years lambs were first to get sheared. 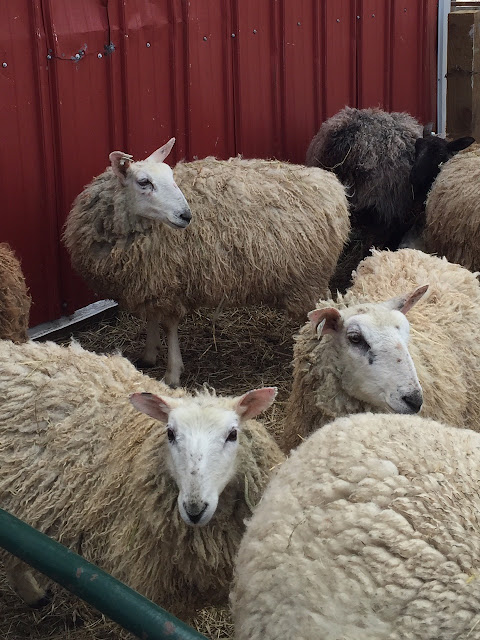 The aged ewes were next, they have been through this before and behave pretty well. While they are waiting in line, we give them dewormer, and check their hooves.
The hooves get trimmed if needed. 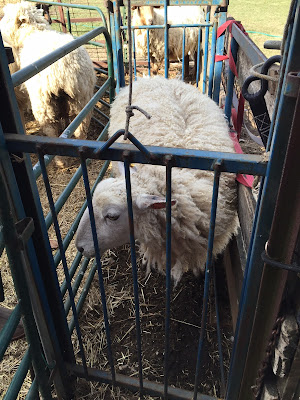 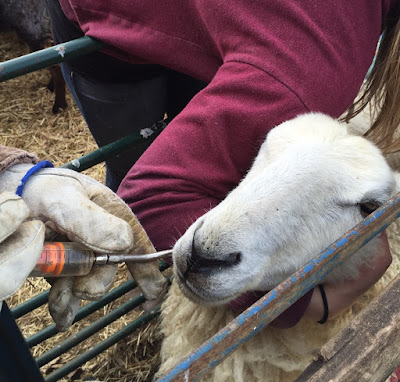 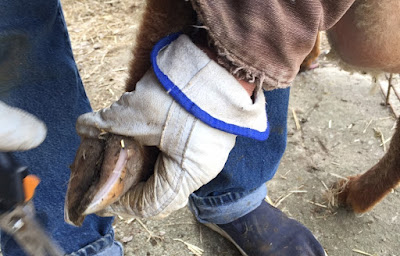 After the sheep are sheared, the fleece gets put on skirting table. 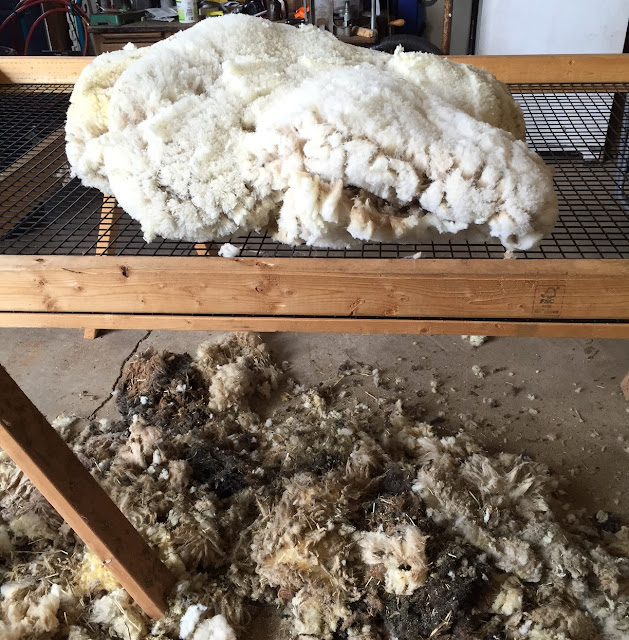 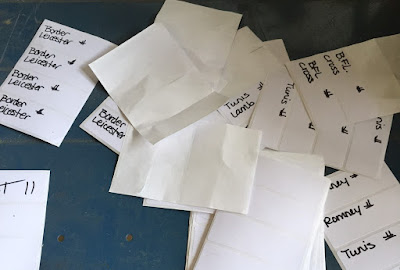 Waste wool gets taken over to the woods and dumped out. 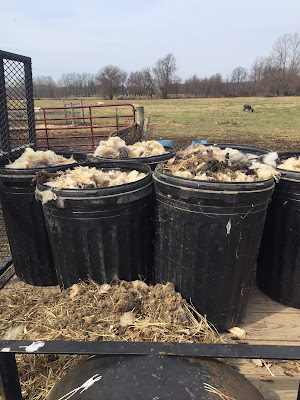 When the sheep are sheared, we get a better idea of what kind of body condition they are in. The wool hides a lot! Some of the sheep were not in the condition we like to see them in, so we are adding more grain to their daily diet.
We also could see which ewes were developing udders, getting ready to lamb. Two big reasons we like to shear before lambing.

44 fleeces bagged and tagged, that should keep me busy for a while!