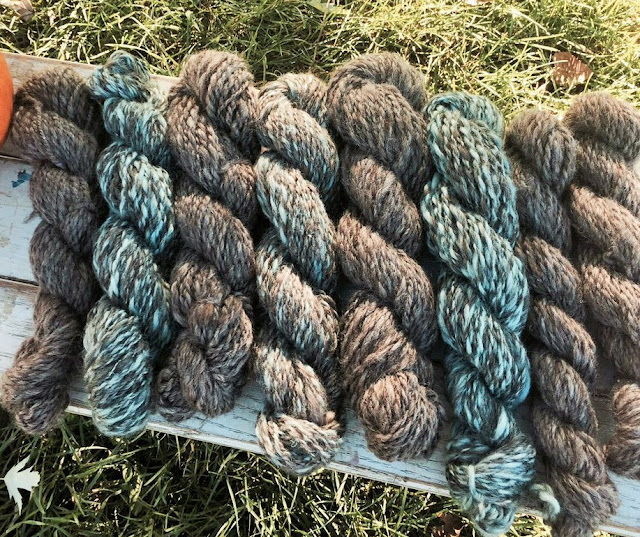 Spinzilla is a yearly event put on by The National NeedleArts Association's Spinning and Weaving Group. It is a fun challenge where you spend the week spinning-as much as you can.

It was a bit of a hectic week and I missed a few days, but I did manage to get some spinning in.

I had part of a Romney fleece that I had saved. I was hoping it would make enough yarn for a sweater, but it was short, so I will have to find a different project for it.

The yarn that has the blue mixed in, was made with some longwool roving I picked up at the Northern Lamb and Wool festival in Northern Michigan, a couple of weeks ago.

Even with the missing days, I was hoping for at least a mile of yarn, but it just wasn't to be this year.
This years total came to 1368 yards spun.

I signed up too late to join in with the group I had spun with last year. I never heard from the group leader of the team I did sign up with, even after making several attempts to get information, so I was more of a rogue spinner this year. Need to sign up earlier next year!

I needed some reason for some down time, so I was glad I joined in.