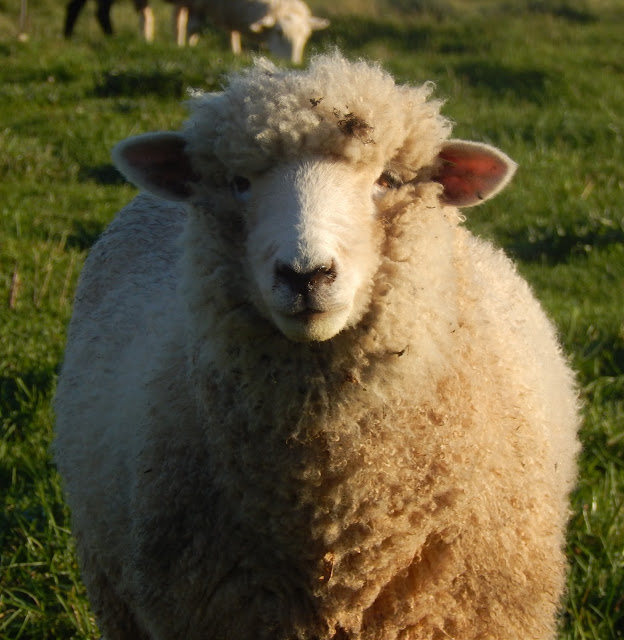 We have had a warm fall, so the ewes are still grazing.  The fields were mowed to try and control the burdock, but it appears the ewes are still finding some here and there. The Romney's have the reputation for being our messy sheep. 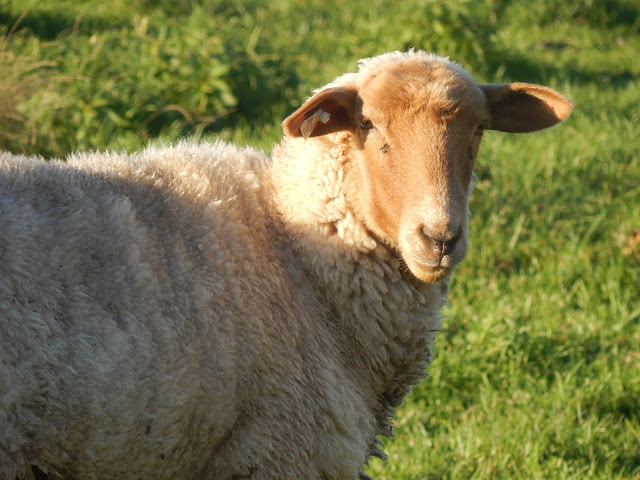 We have reduced our Tunis sheep numbers. They are a great breed and we love the ewes wonderful temperament but we had to cut back somewhere. Comparing them to the other breeds we raise, their lambing rates are much lower, and the rams are harder to deal with. Next year we plan on having no Tunis Rams, and just crossing the remaining ewes with our Border Leicester or Bluefaced Leicester Rams. 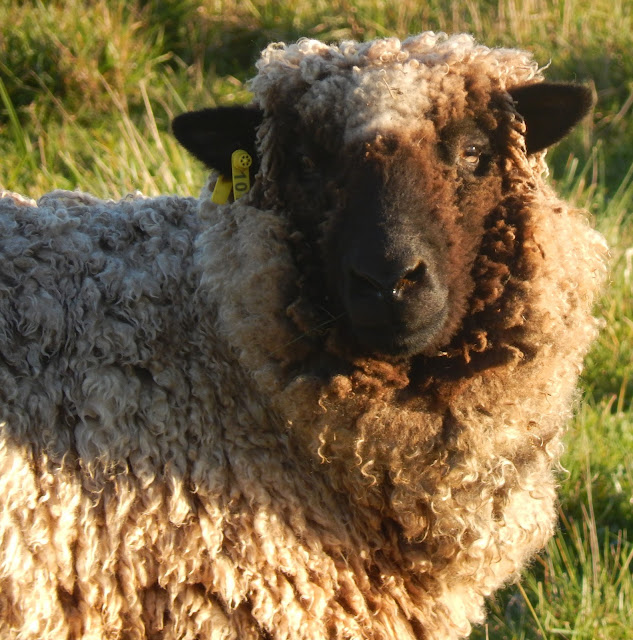 As you can see, we have a few ewes that need to be sheared yet this year. They were sheared last Fall and did not get clipped during our March shearing day. Thankfully, the weather has been warm and if all goes as planned, they will be done this week. 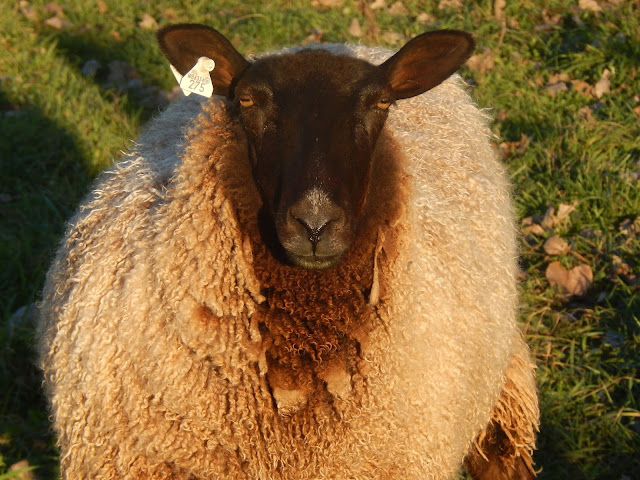 Saturday we spent the morning, separating the ewes into four breeding groups. Next year we are hoping to have that cut down to two or three breeding groups. So far the rams are behaving and staying where they belong. They can be such troublemakers this time of year. 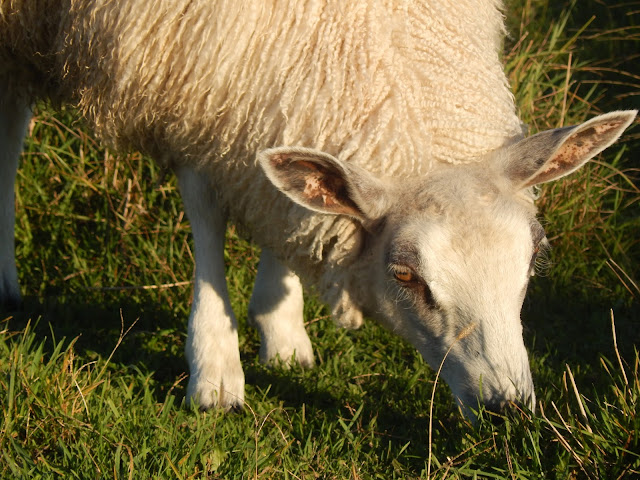 The ewe lambs we kept were separated from the flock, they won't breed until next year.
We have a nice group of ewe lambs this year. 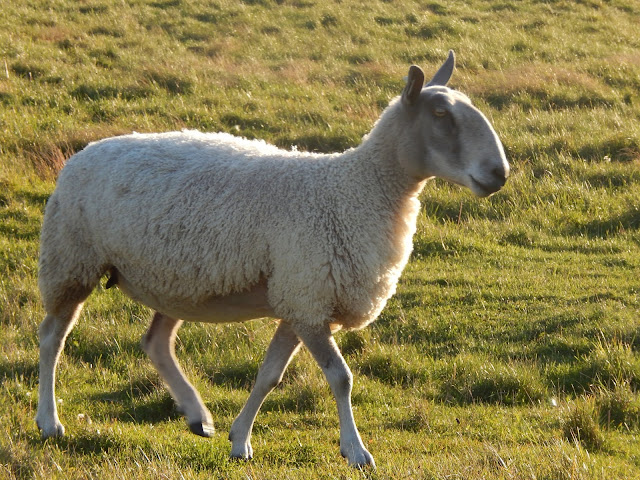 We added this Bluefaced ewe to the flock this year. She has already become one of our favorites.
I would love to have a group of ewes just like her!