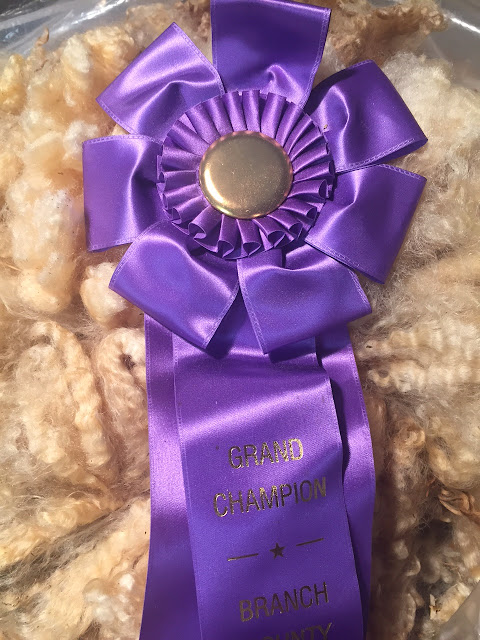 Okay, the title sounds a little dramatic but that is the feeling on the last day of fair. County fair has been part of our summer schedule since our oldest was 10. It is a week filled with morning chores, livestock shows, craft projects etc. all during what always seems to be the hottest week of the summer.  On the last day, I am thinking "whew, glad that is over". The girls, on the other hand, are already planning for next year.

Delaney's favorite part of fair is the sheep project. She had several sheep in the barn, market project, plus some Border Leicester for the wool sheep classes. 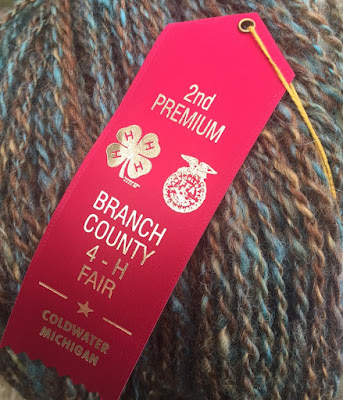 This was the first year that I entered a project in the open class. I took some handspun yarn. I think it was the first time that they seen handspun yarn. The woman who checked me in told me that people bring things made from yarn, not the yarn itself. (she said that more than once). She decided to put it in the "most unusual" category. I told her I didn't think it was that unusual but I was met with a "no one does this anymore".   I am going to have to get more woman from our fiber group to enter next year, they won't know what hit 'em. ;)

Anyone else enter into their county fair?