Adding Sheep to the Flock 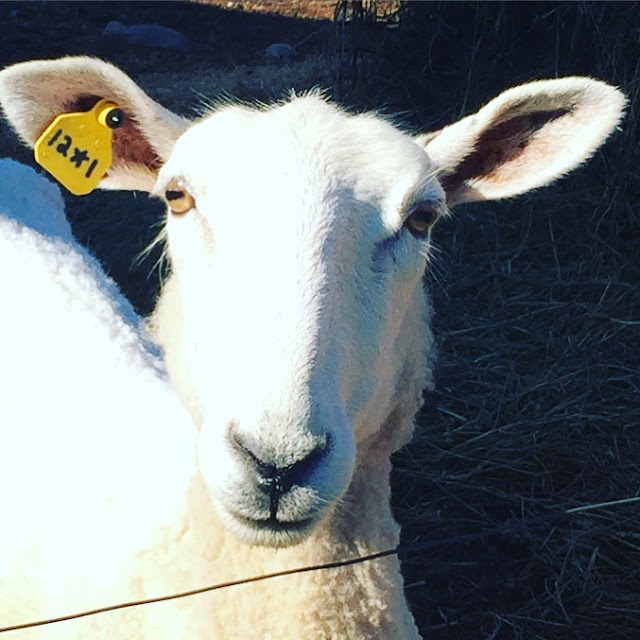 Our flock has been increased by five. A couple of weeks ago, we purchased a group of  Border Leicester ewes. They came from a homestead that had added sheep, but after a barn fire, they decided to sell.

Upon inspection, they were found to be overdue for shearing, and body condition was poor. Even so, they didn't appear to have any health problems. 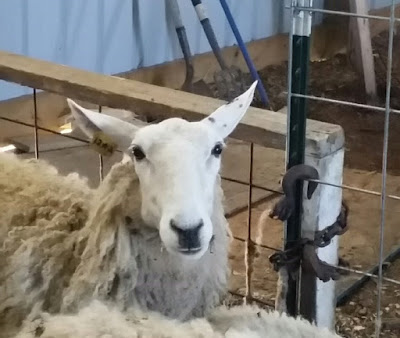 When bringing new sheep to the farm, their first stop is a stall in the barn.

Day one, we leave them alone, as they can be a little stressed from the move.

Day two, Shearing! We decided to shear them ourselves. They were pretty calm about it, so we were able to get all of them done in one morning. The fleeces were overgrown and matted, but even in that condition, I could tell they have gorgeous wool. I am looking forward to next years fleeces.

We checked feet, the hooves were in good shape and didn't need any trimming.

They were given a dose of dewormer, and were immunized.

Week two, the ewes were moved into the barnyard, where they have free choice hay and a little grain to get their body condition to where it should be. 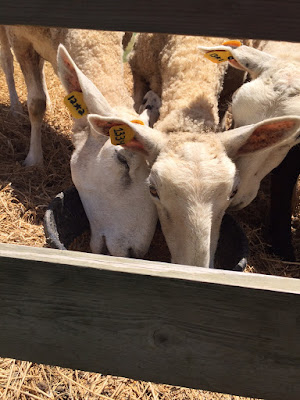 Within the next week they will be moved to the  pasture with the other sheep.

They are really nice looking ewes, and should be a nice addition to the flock.