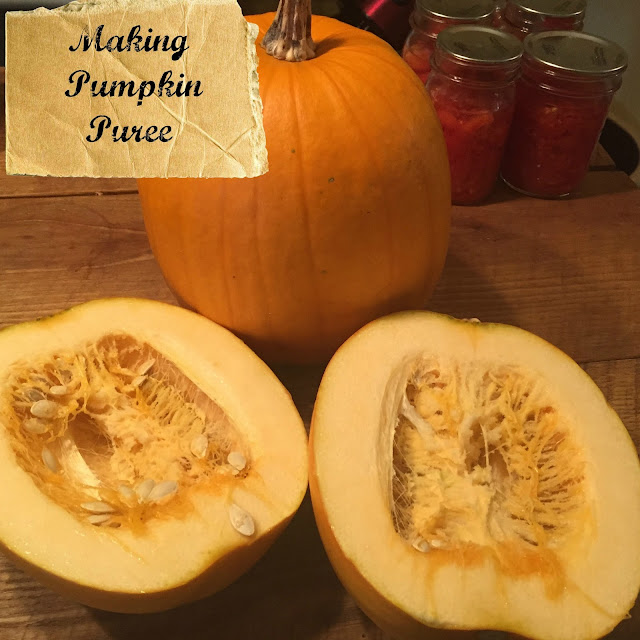 We had an abundance of pumpkins this year from our surprise pumpkin patch.

I have never made pumpkin puree, and with all of the extra pumpkins, I decided to give it a try.


With them not being "baking" pumpkins, I wasn't sure how it would turn out, but figured I had nothing to lose.

Their are several ways to make the puree,  I went with the Electric Pressure Cooker.


First I washed the pumpkins, and split them in half.

Scooped out the seeds (an ice cream scoop works great) 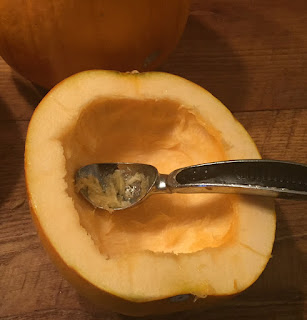 Cut the pumpkin in 2 inch sections. 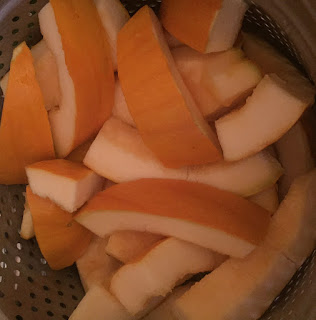 Set the pressure cooker for 10 minutes on high.

The next day, I removed the skin from the pumpkin. It did not peel off easily, but it did scrape off easily, using a tablespoon.

I put the pumpkin in the blender for a few minutes.... 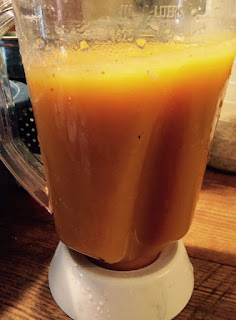 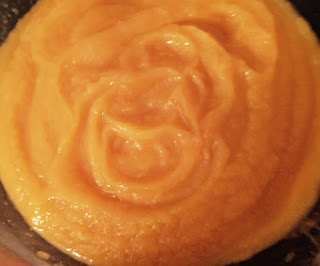 It was a pretty easy process.


It does not look like the pumpkin you get out of the can, at the store. But, it taste good and made a great pumpkin cheesecake yesterday. Today, pumpkin muffins!

I may do a few more, and freeze the puree, for later use.