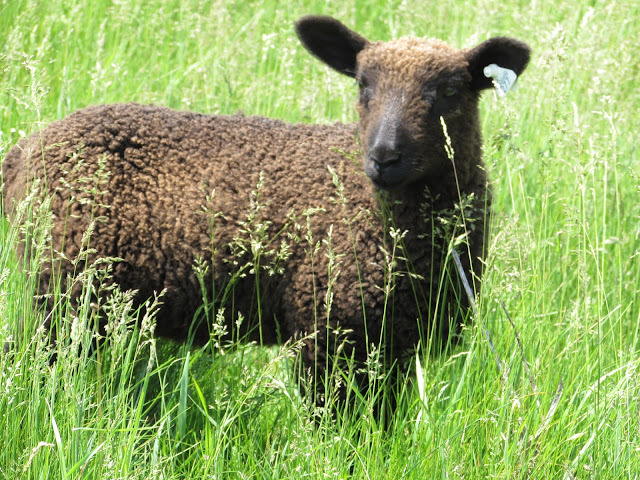 In the Spring, the grass grows faster than the animals can keep up. Over the years, the Thistle and Burdock have taken  hold of some parts in the pasture. So for those two reasons, the fields were mowed this year. 12 hours of mowing! It was a big job, but hopefully it will help eradicate some of the unwanted weeds. 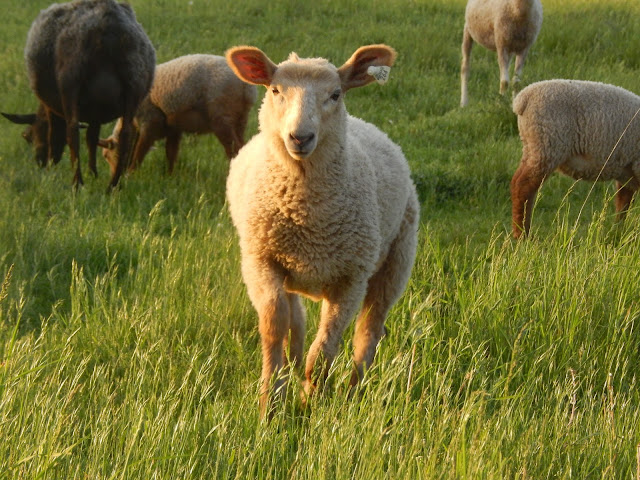 This guy doesn't need a bottle, but Delaney still occasionally gives him one. He always comes running when he sees us out in the pasture. 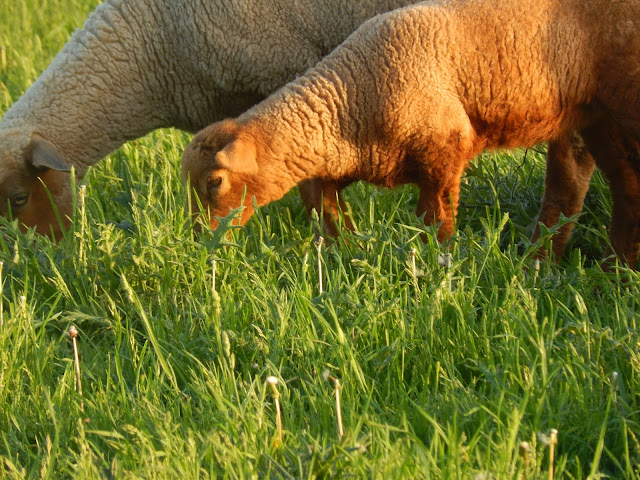 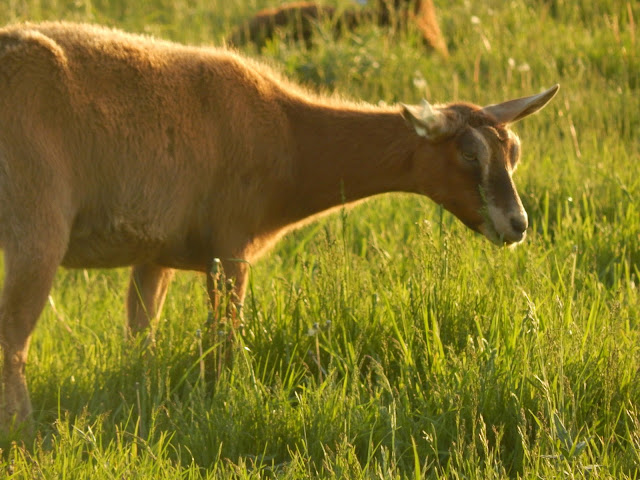 We do not get many goat pics, at least not many good ones. They tend to be busy bodies, and don't stay in one place long. 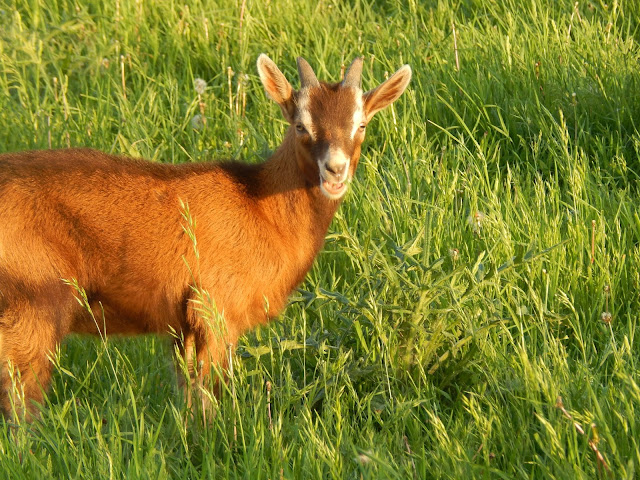 As you can see, this boy didn't get his horns done this year. We were able to get his sister disbudded, but his were at a size that I worried about scurs, so we just left them. 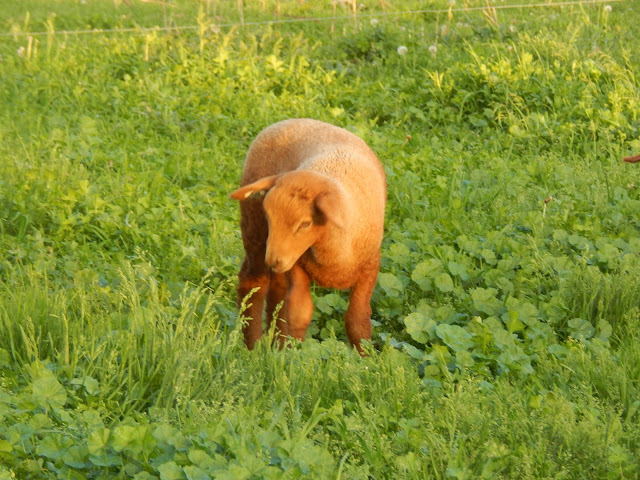 I am not quite sure what she was interested in, but something was keeping her attention. 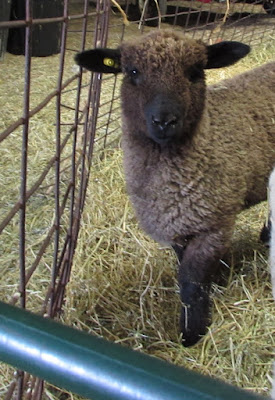 This is one of our new Romney lambs, I think she looks like an Ewok!  Too cute! 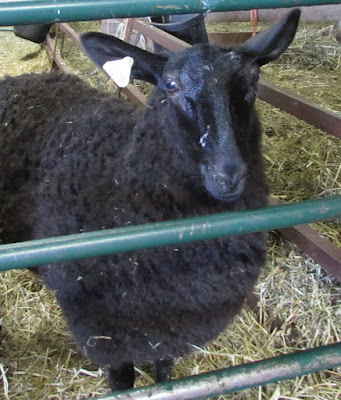 This is one of our new Border Leicester ewe lambs, that we bought at the Sheep Sale in Ohio.

The new sheep were in the barn penned up, but were let in the barnyard this week. After another week or so, we will put them in the pasture with the other sheep.