"Come what may and love it." Joseph B. Wirthlin 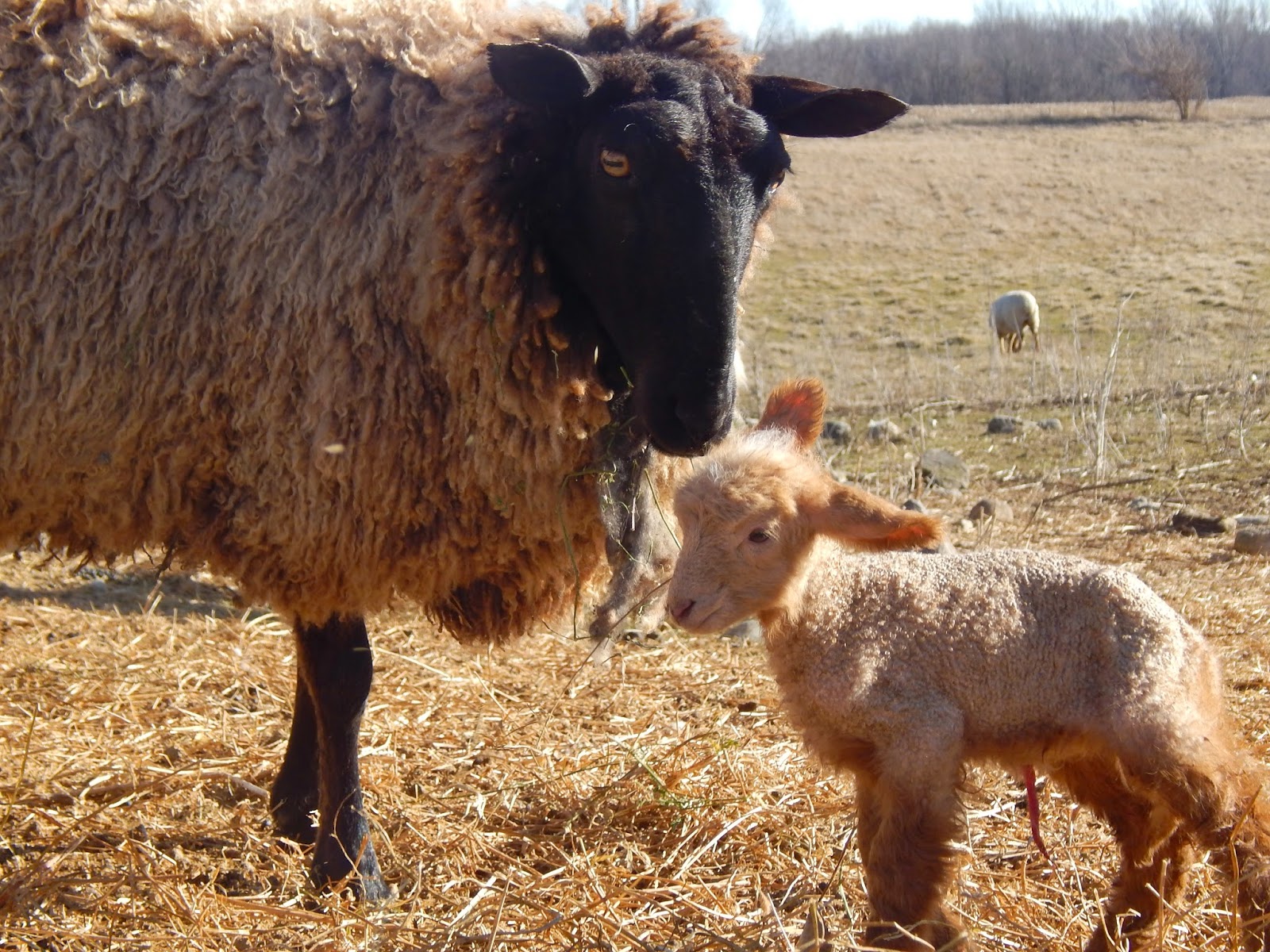 Sometimes unexpected things happen on a farm, even when you spend a good deal of time planning.

We have been lambing for many years and can usually predict when the lambs are going to be born (approximately) and who the Sire (Ram) is.

Well, even the best laid plans go awry, when you have Rams who won't stay put! The Tunis ram was on the loose for a very short time, before he was discovered in the pasture with the ewes. This week we found out, even in that short time he managed to breed some of our Border Leicester ewes.

How do we know? They are about 3 weeks early and Border Leicester's aren't suppose to be red.


Not just one birthing surprise but two....


We are a little disappointed for the mishap, as we are trying to build our Border Leicester Flock,but we are happy that they are healthy lambs. The two red ones are girls and they are little
beauties (at least we think so)


Expected (even though it was a few week later than planned) one of the two Tunis ewes, we have been waiting on, had a single ram lamb-he is doing well. I took plenty of pictures, but not one of them turned out. He doesn't sit still long enough (imagine that) I think some are born with springs in their hooves.

The other Tunis ewe is showing signs that she will be lambing within the next 24 hours.

Expected, or unexpected you never get bored, raising sheep.