The last couple of weeks I have been cleaning out a corner in the basement for a make-shift studio, and collecting up items I would need for dyeing wool.

I have dyed wool with Natural Dyes, and Kool-Aid but have not yet tried Acid Dyes.

I decided to start with Jacquard Dyes. They have quite a selection of colors and looked easy enough to use. I ordered several colors along with some of the other supplies I would need from Dharma Trading Co.

The day finally arrived-I felt organized, collected the supplies on my list, and  had read through an entire book on dyeing (more than once) - "Teach Yourself VISUALLY Hand-Dyeing"

I was ready to give it a shot. 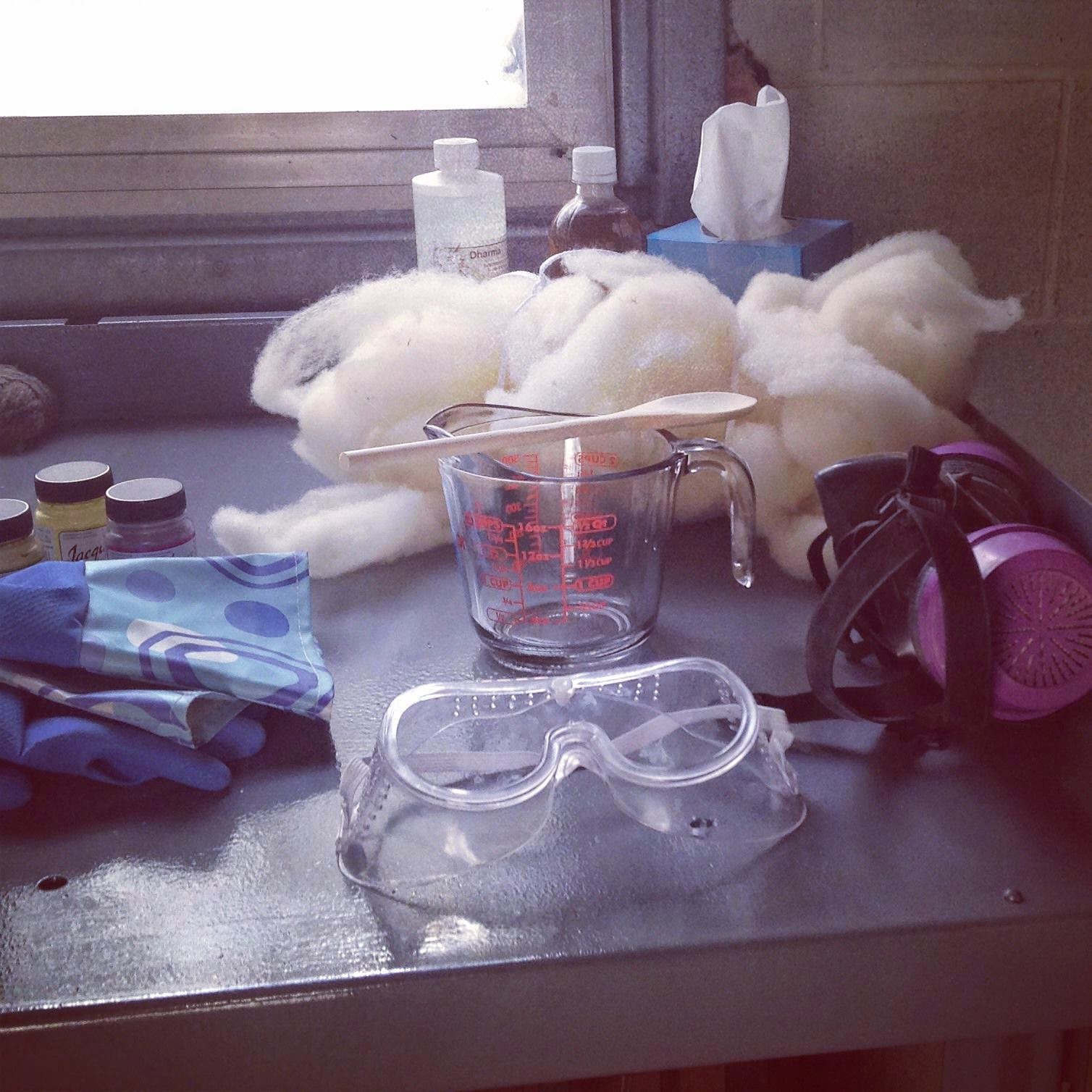 I started with One pound of Border Leicester Locks and some Wool Roving. Decided on Kelly Green and Yellow. (Think Spring!)

I didn't take pictures throughout the process. Once I started I tried to stay focused on what I was doing. I stuck with the "simple" dye pot method for the locks and the roving.

The Border Leicester locks were dyed the Kelly Green. The results were more of an eye popping Lime Green! My daughter nicknamed it  "Grinch Green".  It is the same color as a Mountain Dew Pop Bottle lid! Not the results I had in mind.

The locks were also not consistent. We decided to take the locks and make roving to blend it together. 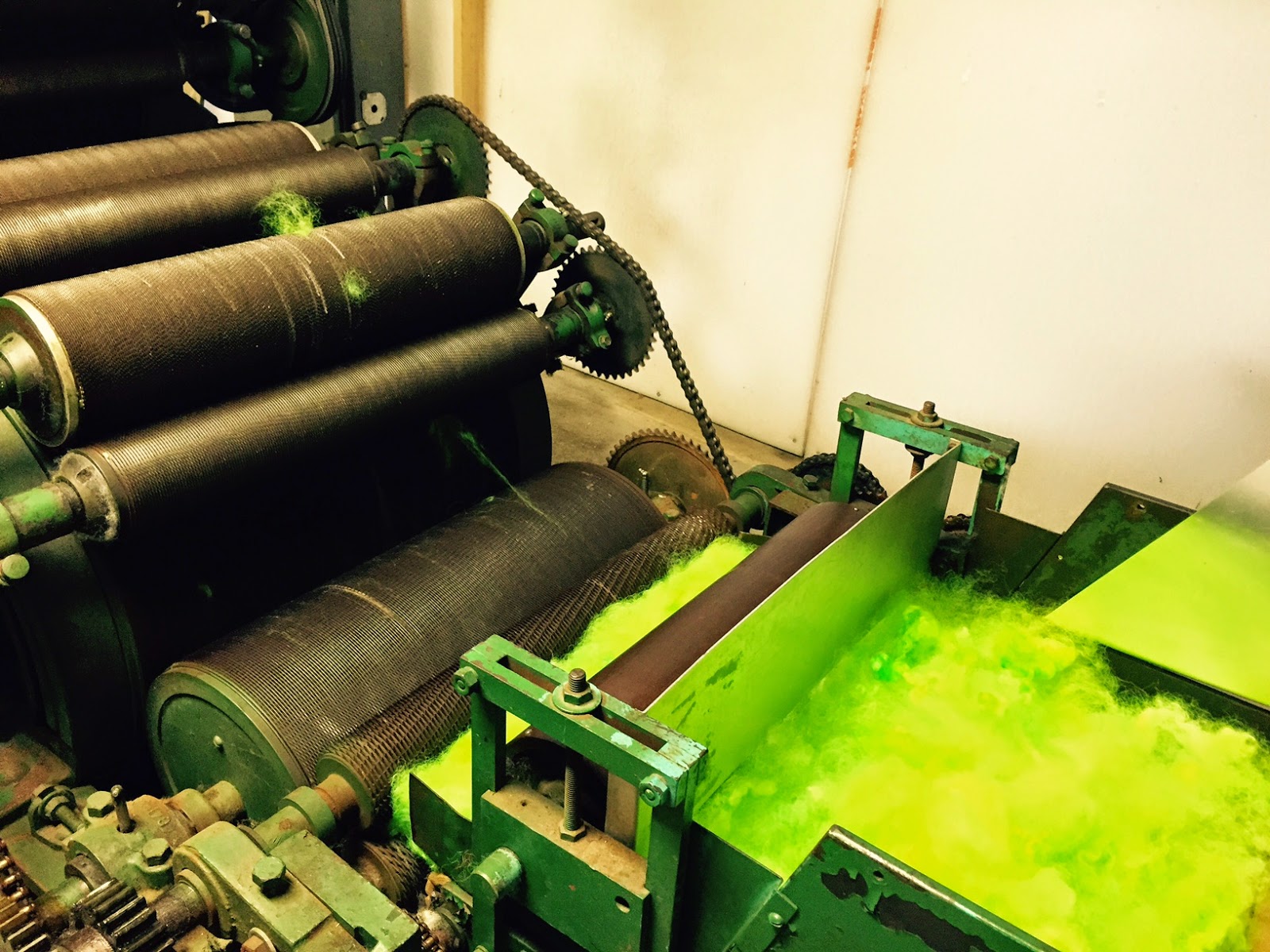 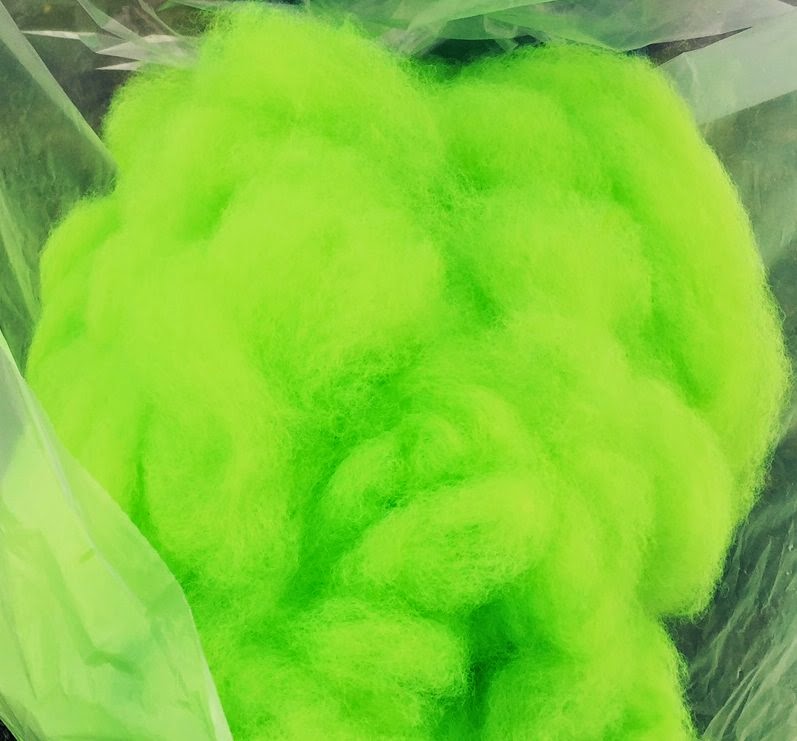 I asked around to some experienced dyers about the green color I got with the Jacquard Kelly Green, several said the results were typical.

Advice I received:  It could be overdyed, to try to change the color, or I could embrace the color and try to find the perfect project for it. I decided on option #3- put it on the Etsy shop and let someone else use it, someone who could appreciate the color more than I do!

The Dye pot did not exhaust (all of the color used up) so I added some Gray Romney roving-I liked the results a little more. 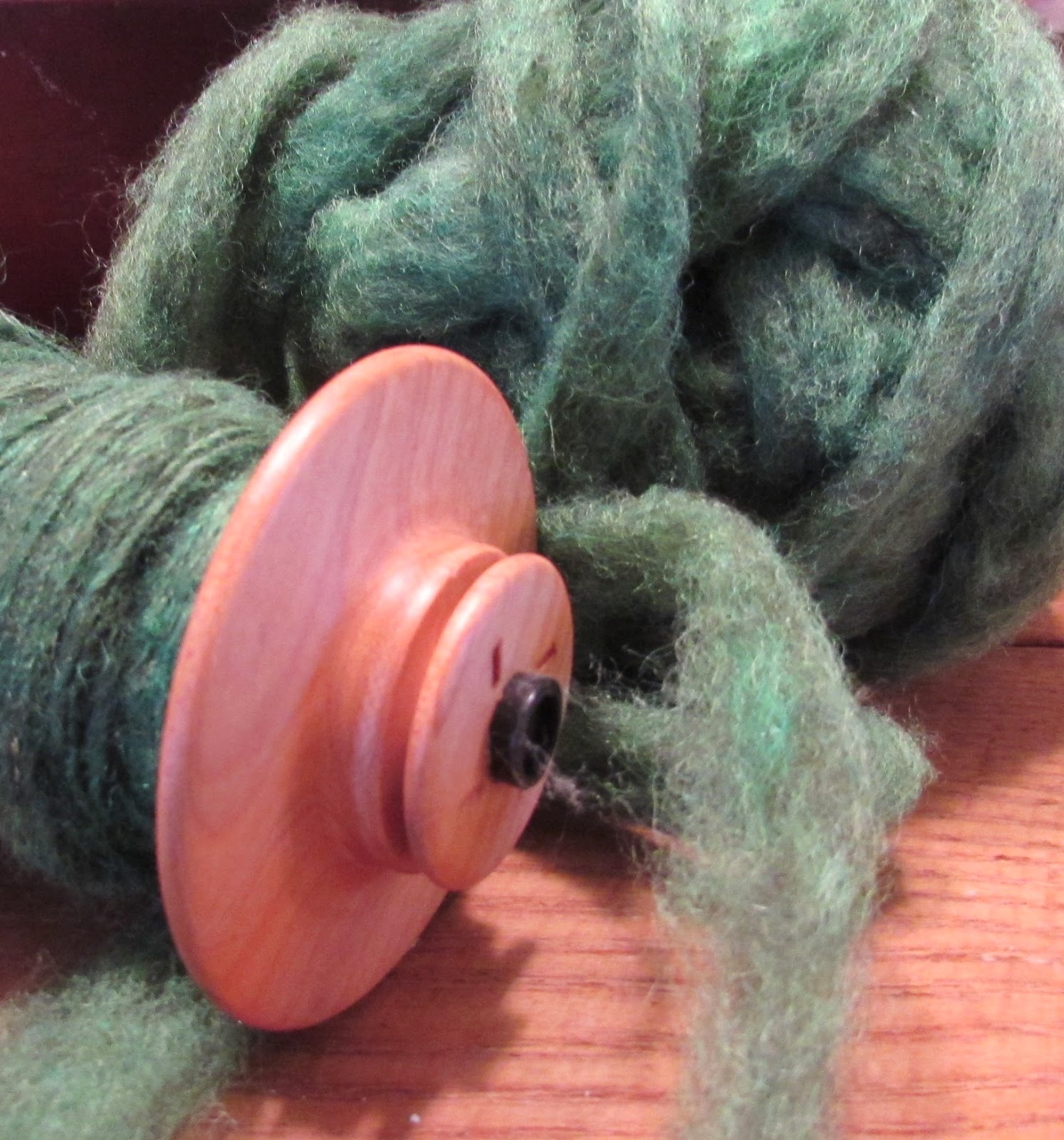 The yellow? I used a Cheviot cross wool roving for that. It turned out just like I expected. Yay! 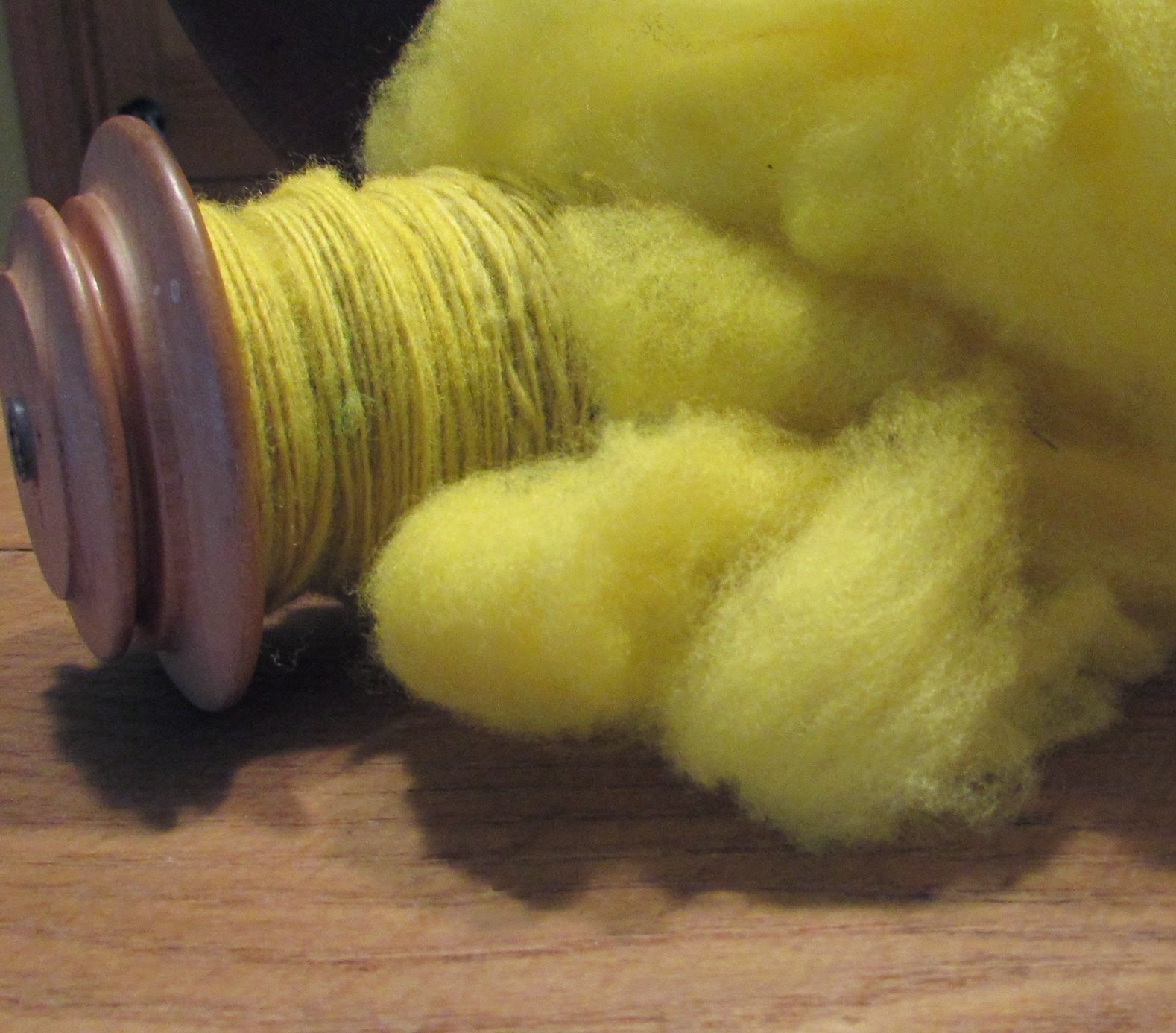 Overall, I enjoyed it! I felt like a big kid playing with a chemistry set. I will be trying the Salmon and Turquoise dyes this week.

Do not dye a whole pound of wool before checking the color.
One recommendation was to test the dye pot with a white coffee filter to check the color/shade before adding the wool. I will definitely be doing that next time.

Less is More with some colors. Use less dye and add more, if needed (color test)


P.S.
Mike added a really short video of the carder running and making roving for those interested.