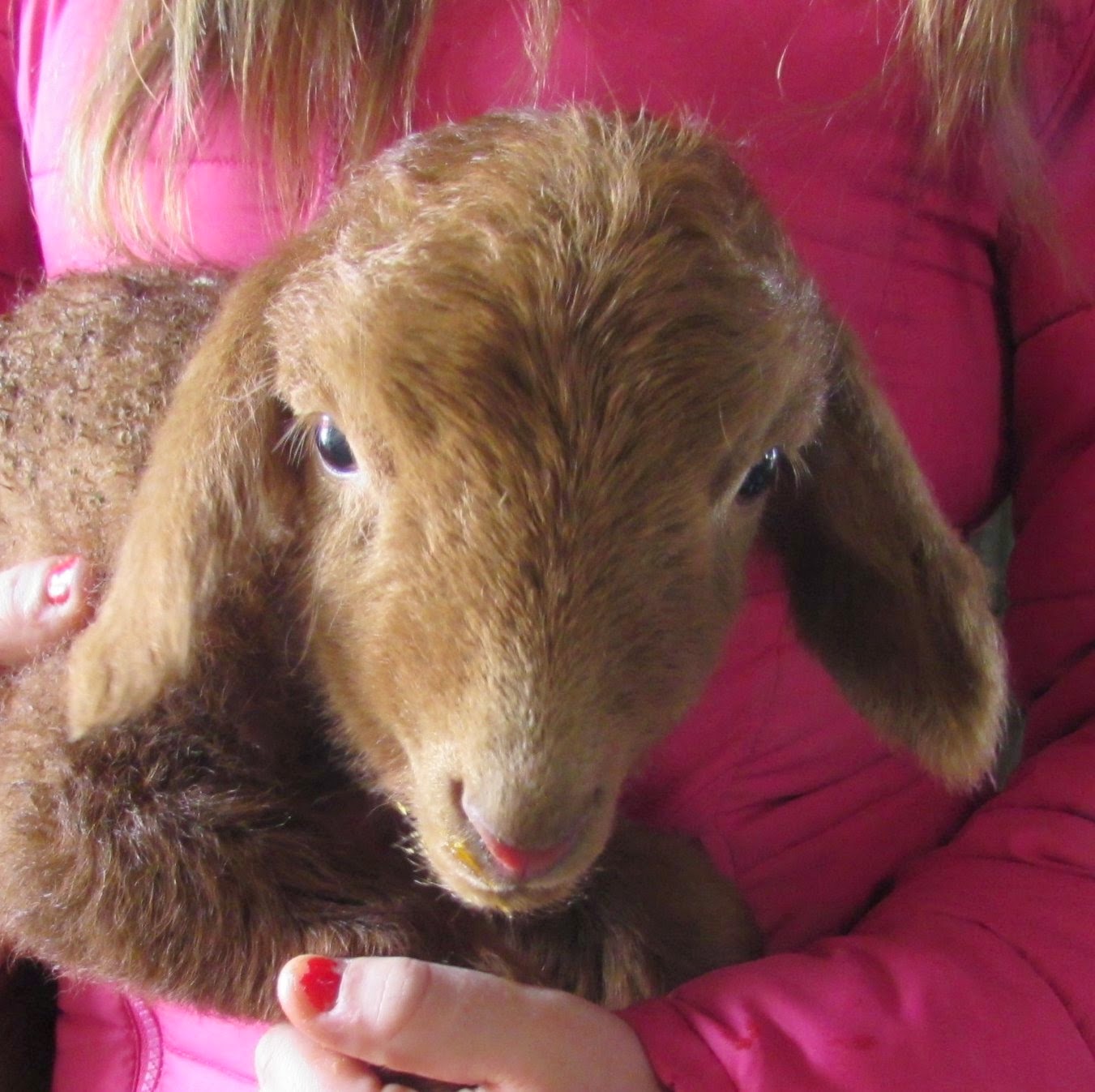 It started with Mike coming in the house and stating that Eleanor just passed her afterbirth but he couldn't find any lambs!

Eleanor is Delaney's ewe-Delaney made it out to the barn before I was even able to get my boots on.
By the time I walked out there, she had already found a lamb curled up behind some boards. Somewhere, he was not supposed to be.

He was fine, his first time mom, was not! She was quite upset about not knowing where her lamb had gone.

We put them in a different pen, one he cannot get out of. Eleanor has settled down, he is nursing and all is well! 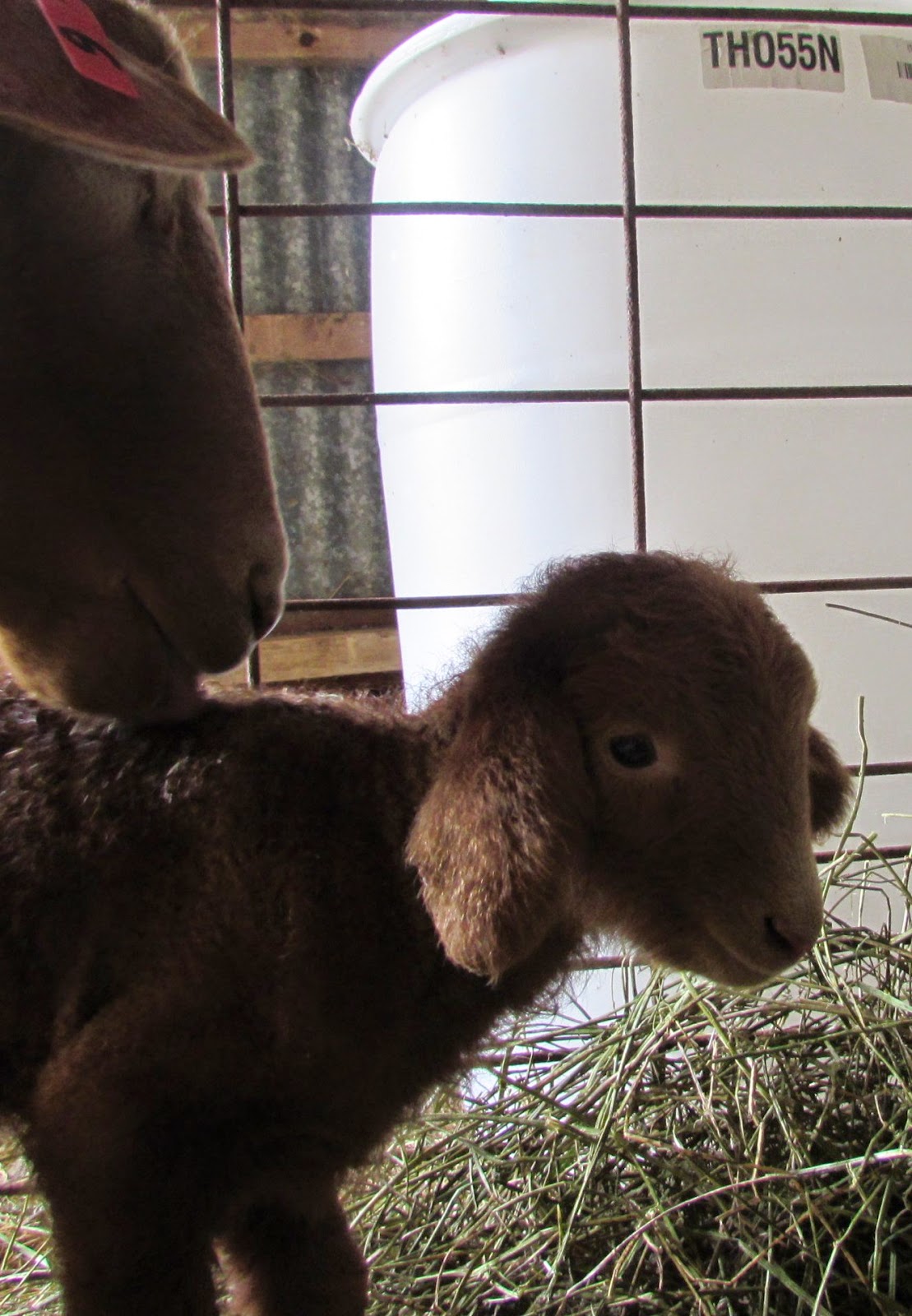 We only have three ewes that are due this month, the rest are not due until April. It has been really cold, so we have been very watchful with these ewes, hoping to catch when they lamb. We are grateful, that this lamb was born during warmer weather. Hopefully, the other two will follow suit!