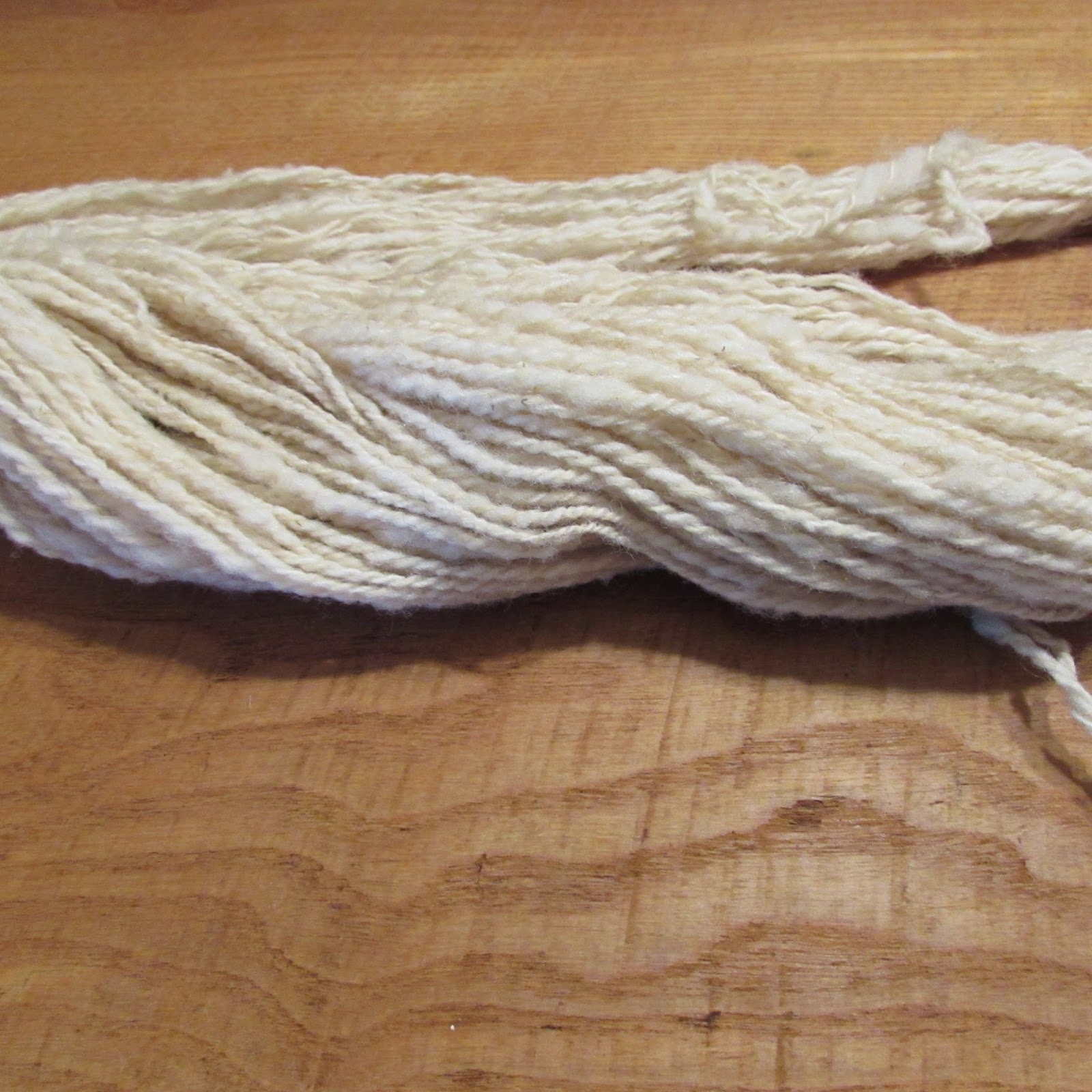 I decided my next dye project would be with Sheep Sorrel. I pulled out the dye book, and realized after looking at the directions, that the mordant used was Iron. I had never used iron before, just the alum. The iron mordant is easy enough to make, but there is some waiting time.

It didn't take long to find a few handfuls of rusty nails and a gallon size, glass jar (old pickle jar)
For every cup of water added to the jar you add one tablespoon of vinegar.
Add the rusty nails,  place lid on jar and let sit. 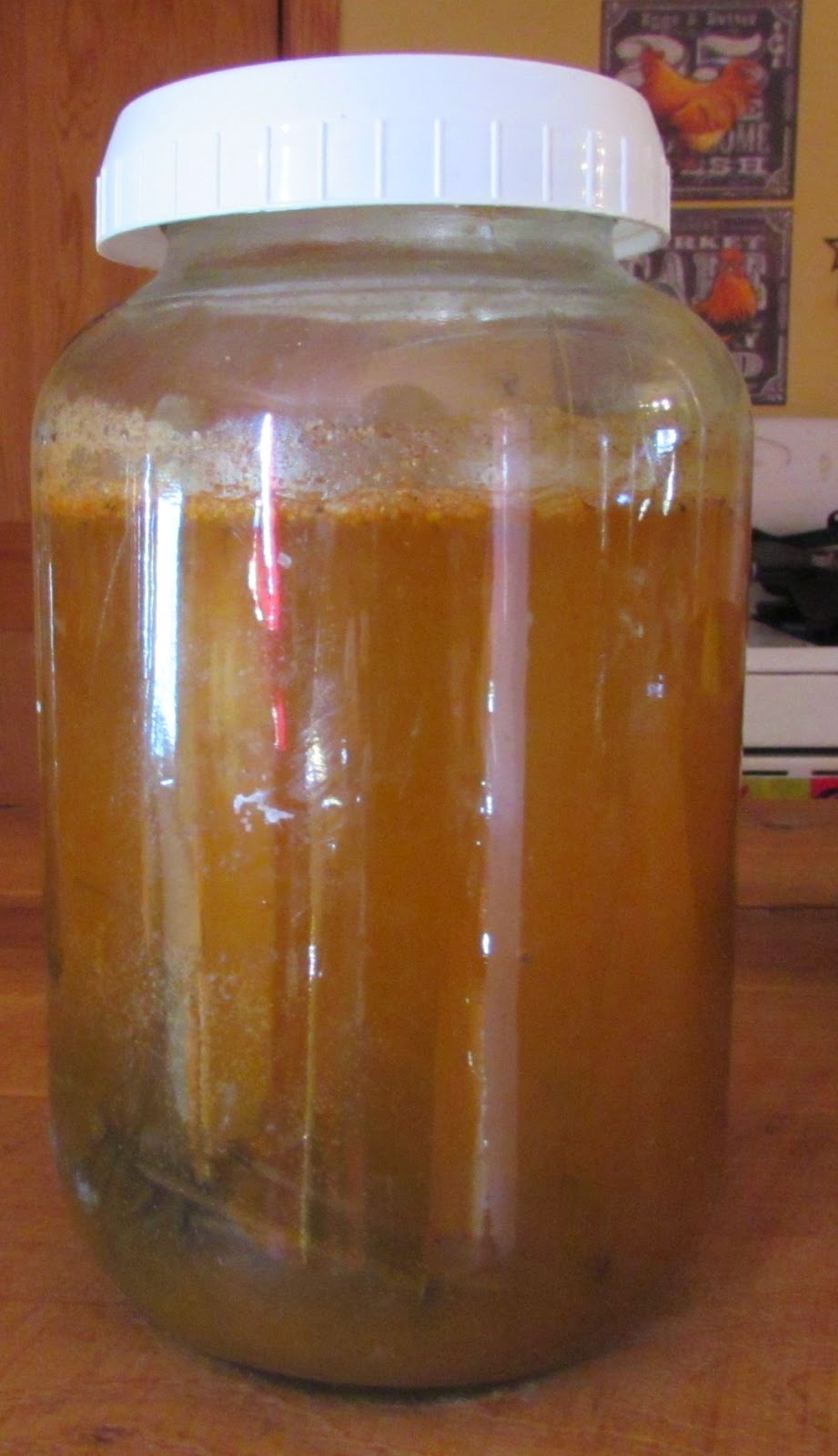 It sat for over a week before the water became a dark orange.
It looked really yucky but I poured it through a strainer and stuck it into the pot. After heating it up  I reluctantly added my creamy white Tunis yarn to the orange water.

Now on to the second part of the dye project, dyeing with the Sheep Sorrel.

I was expecting this nice dark green color, but after quite some time in the dye bath, it became apparent that was not going to happen, and I ended up with a uneven brown/tan.
It was bound to happen eventually, my first dye failure.
Retraced my steps, read over the directions again, but didn't see any errors that I had made.
Maybe the Sorrel dried out too much while I waited on the Iron Mordant?  Who knows?  It will be a year before I will be able to try it again. 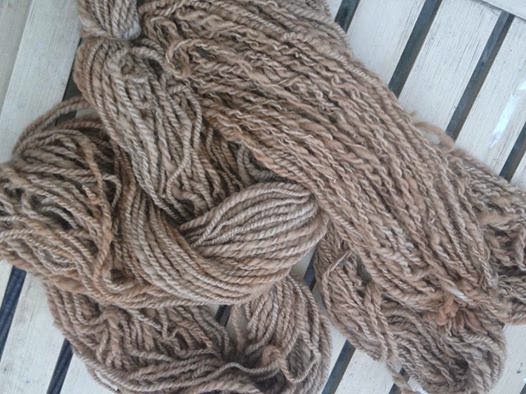 I am going to try to dye with some walnuts, and try to salvage the yarn. I will be disappointed if I will have to scrap it.