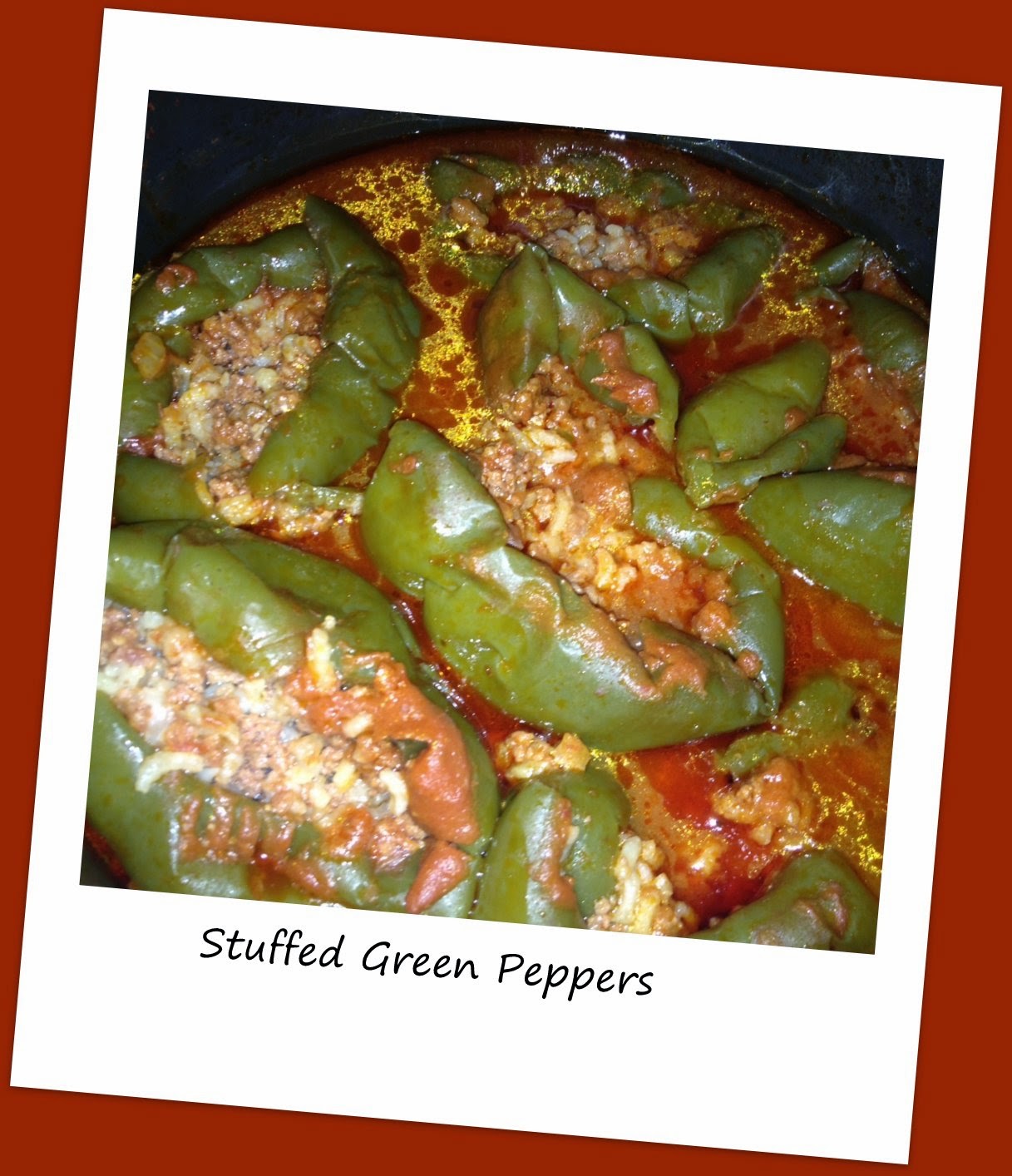 I have been wanting to try  Stuffed Peppers for quite some time. I finally was able to make a batch in the Electric Pressure Cooker. I wasn't sure how well they would go over with my family, but everyone gave them a thumbs up! So the recipe will be added to the dinner menu again.

They are very easy, and the "stuffing" is similar to the porcupine meatballs with just a few changes.

Cut the tops off the green peppers, core and remove seeds, rinse out.

Combine Meat, rice, egg, 1/2  cup of the crushed tomatoes, onion, and seasonings
Fill the peppers with the meat mixture.
Add 1/2 cup water and remaining crushed tomatoes
Place Peppers in the Pressure Cooker.
Place lid on Pressure Cooker (make sure it is set on seal, not vent)
Set pressure on 12 minutes HIGH. (follow your pressure cookers directions)
Let pressure down for for five minutes before venting. (be careful when venting)

It was recommended to use the rack for stuffed peppers, but my peppers were too big to use with the rack, so I just placed them on bottom of the cooker and they turned out fine.

I  had my first oops with the Pressure Cooker when making these. It wasn't building up steam but looked to be set on seal. That had never happened before. I nudged the knob and it was not quite on the seal setting.
Because of that I took the lid off and added more water, it had steam cooked the peppers pretty well. So the peppers were probably softer than they would have been if I hadn't had this problem.

Next time, I am going to make extra rice on the side.