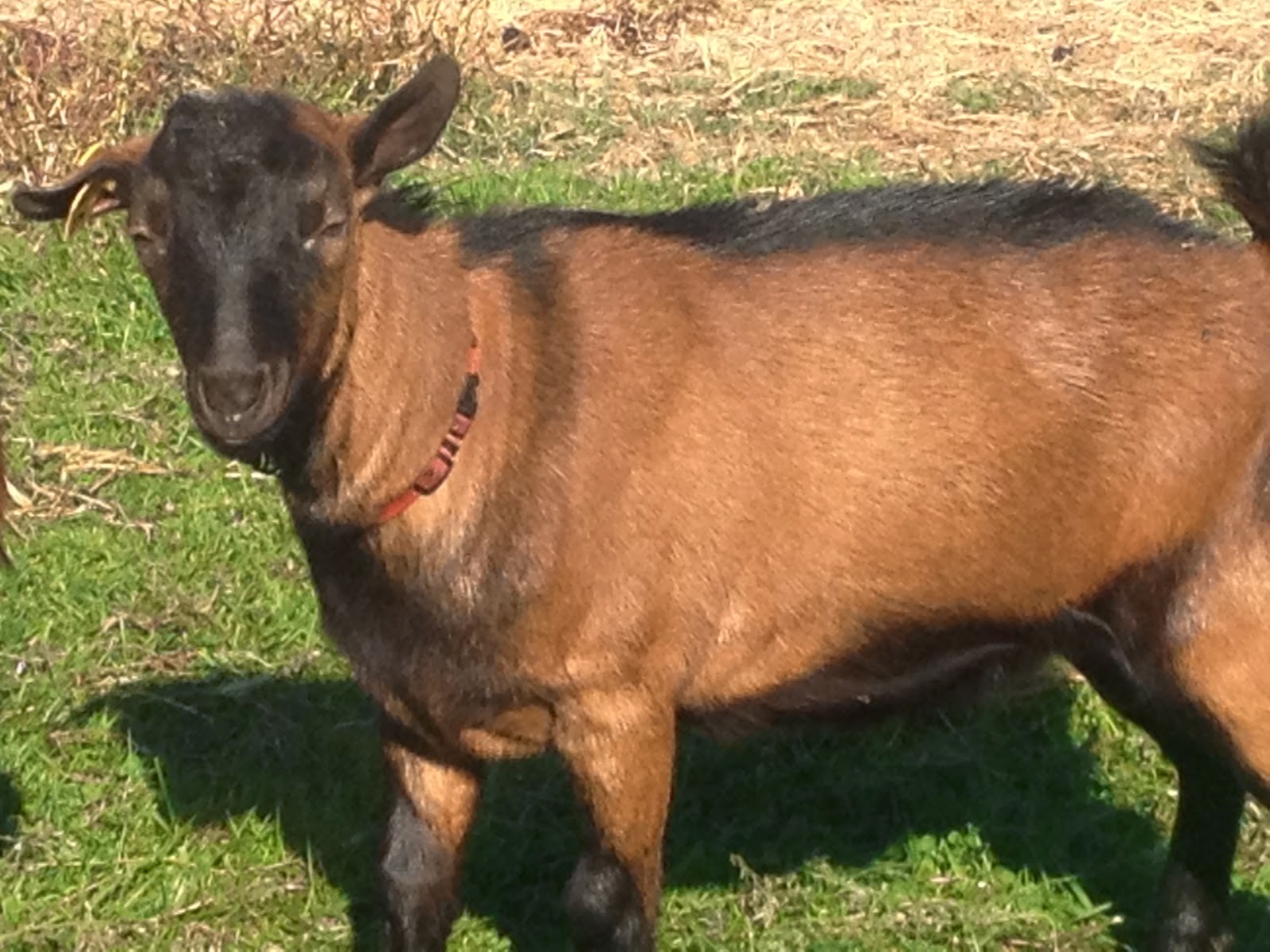 Life with livestock is never boring!

We purchased a new Oberhasli Buck, he is young and not the most tame goat we ever had.

I always put  newbies in a pen, for a couple of weeks before we introduce them to our other animals.
This guy went into the pen easy enough but decided he didn't want to stay there. He did a jail break in less than two minutes! I was lucky that his break led him into the pasture and not the open yard.

He booked it, out of site. I was thinking, there goes the new buck, never to been seen of again!
Thankfully, he knew what an electric fence was, and instead of going through the exterior fence, he just paced it.

Not sure what to do next-if we pushed him too hard he might decide the shock of going through the fence was worth getting away from us scary people.  We decided to try to get our goats in his sites, happy to say, that it worked, and we were able to lure him into the corral using Delilah as bait.

We decided it was best to leave him in there with one of the girls. I hope he calms down after a few days.

He did manage to get a new name: Wildcat!

He is a really nice looking buck, and I think we will get some really nice kids from him.