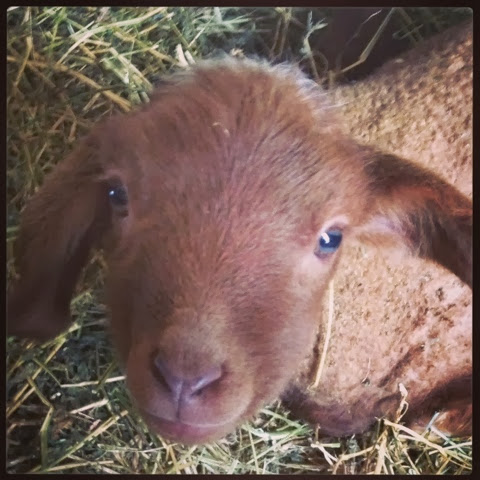 We have a ewe who lost her lamb, her udder is full. I was milking out some colostrum to freeze, (nice to have on hand) and if you have ever tried milking a sheep, you know that it isn't the easiest thing to accomplish.

We have a ram lamb that has a mother, but her milk supply isn't that impressive.
He isn't gaining the weight he should.
Why not let him do the job for me?
This could work.

The ewe fussed a little, but the ram lamb figured it out in about 2 seconds.
Ewes udder emptied out, Ram lamb packing on some extra calories.
Win, win.

The only one that isn't thrilled about the arrangement is the ram lamb's mom. She isn't too happy about him leaving the pen and she puts up a pretty big fuss. She gets him back after just a few minutes, so she will survive.