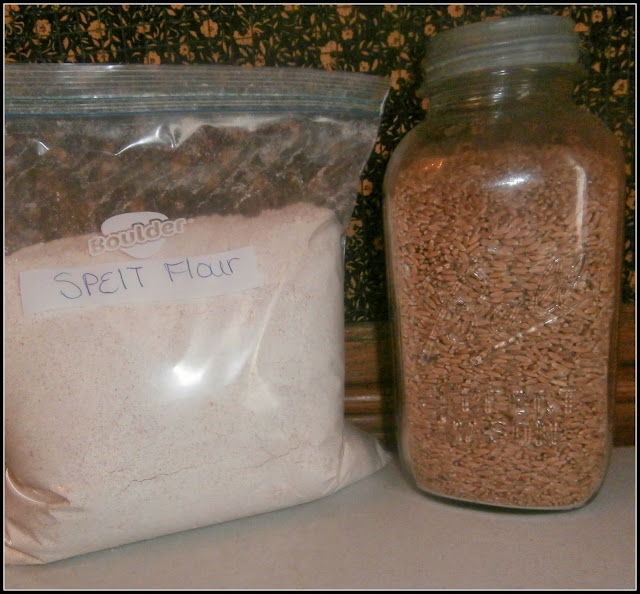 I have been using whole grains for years. I have been experimenting with some new ones to change things up a bit. I have some inspiration, Chef Brad, he has a cooking show "Fusion Grain Cooking" and he has a wonderful website too. http://www.chefbrad.com/index.ph

I purchased some different grains at the Amish Store, Spelt being one of them.

Spelt is a non hybrid grain.

Spelt is about 60 percent higher in protein than wheat.

Spelt can be used in place of wheat in your bread and pasta recipes.

Spelt can be used by SOME people who have sensitivity to wheat.


One easy way to add grains to your diet is grinding them into flour.  A grinder is a great kitchen tool to have on hand. I purchased one about 20 years ago and I use it on a weekly basis. Nothing like fresh ground flour.


Last night for dinner I used the flour in our Pizza Crust .  I wasn't sure how everyone would like it since pizza is one thing I still use white flour.  I used 100 percent spelt flour and the results were positive.  I also used it in dessert, an Apple Crisp recipe.  Both dishes were kid tested, mother approved!

For the pizza I tried Chicken Alfredo which turned out pretty tasty, the girls were not sure about it so I made a pepperoni for them. 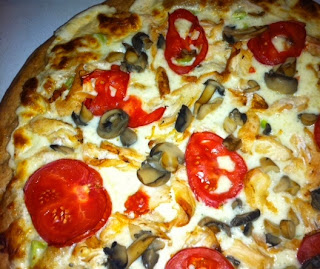 Spray oil in 9 by 13 pan and add sliced apples.
Combine honey, oats, flour, and cinnamon and cover apples.
Place the butter slices evenly over the top.
Cover with foil and place in oven preheated to 350 degrees. Cook for 20 minutes.
Remove foil and cook an additional 20 minutes.