We were hoping it wouldn't snow last night. We woke up to this: 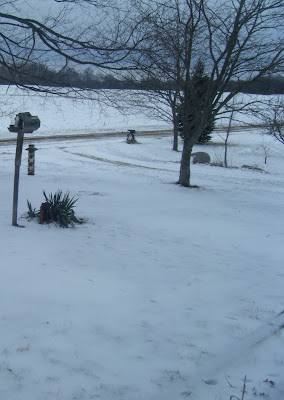 When you are working with the weather and animals you learn to adapt. The original plan for shearing was no longer an option. We had to shear in the other barn and unfortunately some of the really pregnant ewes couldn't get in that barn. Mike put up a ramp but they were not interested in using that. So we had to bring them into the pen where we feed them grain every day and walk drag them over to the barn. 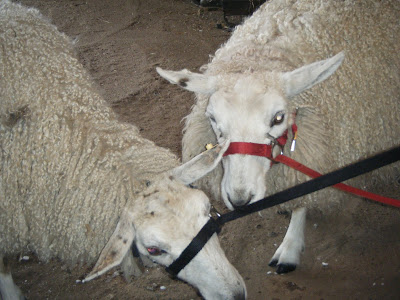 The goats always think they are invited..to everything...I don't think it ever occurs to them that they could be unwanted guest! 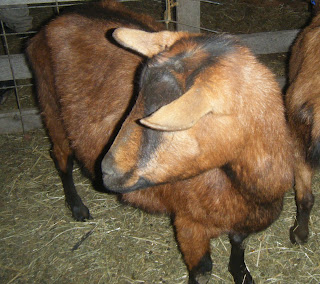 Thankfully we had everything ready when the shearer arrived.

He said he didn't mind being recorded- The tunis ewe was a little feisty being young and this being her first shearing. Most of the ewes didn't give him as much trouble as she did.


This barn is dark and pictures never turn out that great... 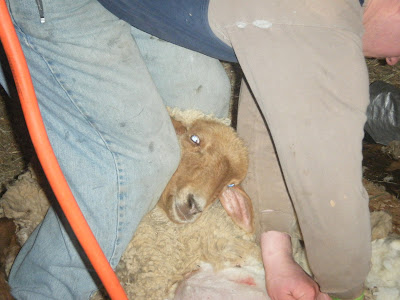 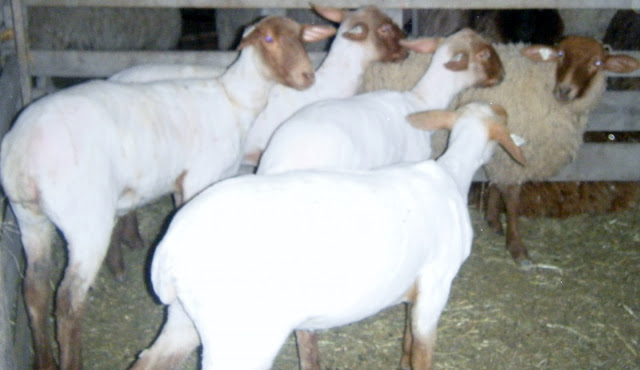 It went quickly! 16 ewes and a ram later we are finished! 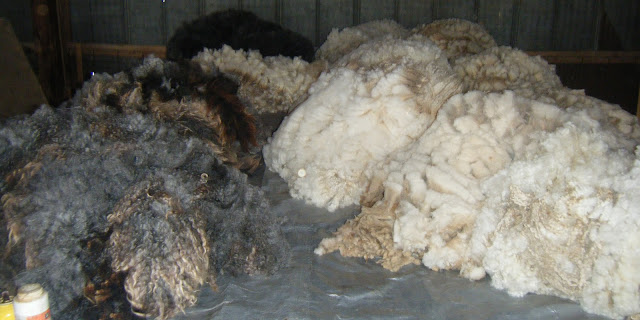 Because of the cold weather we will leave them in the barn for a day or two to let them get use to the temperature change.
Posted by Sandra at 4:50:00 PM