Goats are Not the Most Patient Creatures


I was pouring grain in the feed tubs. The animals were maaaing and baaaing ,impatiently waiting for me to open the gate.
When I turned around to open it I found Delilah half way through the gate, stuck. I guess she decided she had waited long enough. Thankfully she wasnt' too stuck and was able to get out on her own. 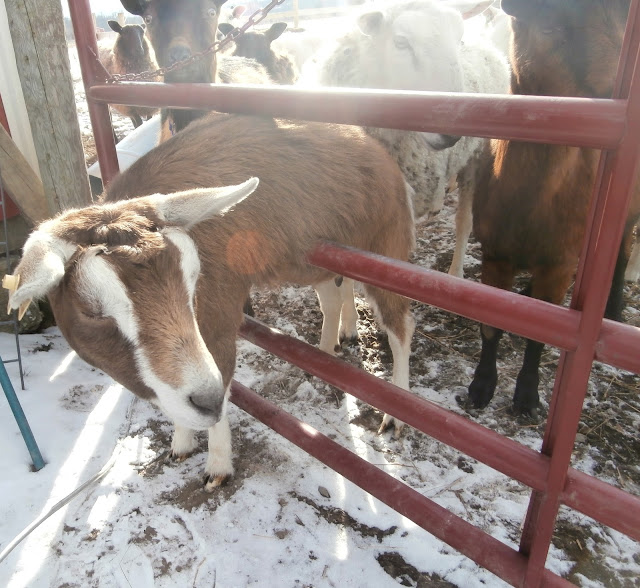 While I was out I decided to walk the fence line at least where we have a tree row to make sure nothing toppled on the fence with all of that wind we have  had.
Glad I did. I found one tree that had come down and was laying on the fence.
We really need to clean up the fence row. If we knew then what we know now we would have put the fence on the other side of the tree row and let the goats take care of  keeping it trimmed up. But with being newbies that wasn't thought of.  Now we have to clean up the fence rows to keep the brush and trees from growing in the electric fence. Someday maybe we will have it moved. It would be a lot easier to have the goats maintain it. They do a great job with that sort of thing.
One of their attributes that make up for the less desirable things that they sometimes do.