We have made it to Thursday! 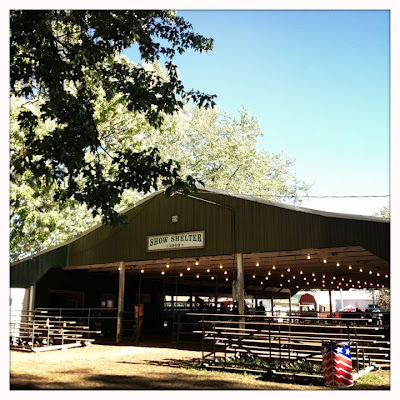 We bought a Border Leicester Ewe and Ewe Lamb to the show. It was Delaneys first year showing sheep. She did not do Showmanship just breeding classes. The ewes we brought were not going to cooperate in the least! But it was a good experience for her. She may or may not do the Sheep Project again. It is primarily a Club Lamb show. They have a few sheep there for breeding classes but not many. We have considered showing in another Fair, but part of me feels we should support the local fair, and who knows maybe more Sheep Breeders will come and bring other things in beside the meat breeds. I would love to see more Wool Sheep there.

Tuesday: Dog Agility and Rally:
You never know how it is going to go at the dog show, I guess that can be said about any of the shows at Fair.
It was Tags first year in the Agility advanced class. Teetor Totter was new and weave poles can be a challenge at times. He nailed those...but had trouble at the dog walk something he does every year...
So he did not qualify.
First Place in Rally with a qualifying score.

Wedensday: Dog Obedience Show- Goat Show
Obedience- Tag was the only one in the advanced class so a first place was a given.
Grooming-Second Place in her age group: Honorable Mention overall.

Goat Show:  The girls had a great time!
They got 2cnd and 3rd place Showmanship.
They had a good year with the breeding goats.
We took 4 goats.
Toggenburg Doe with her  Doe Kid (Toggenburg/Oberhasli cross) 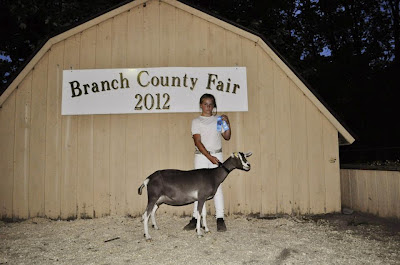 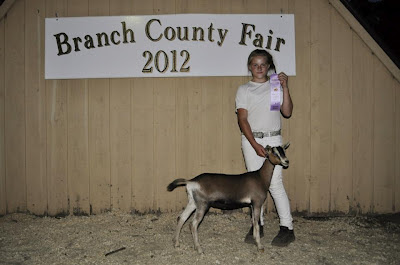 Toggenburg Doe/Doeling received First Place in Pair of Does 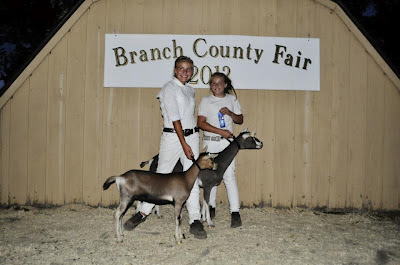 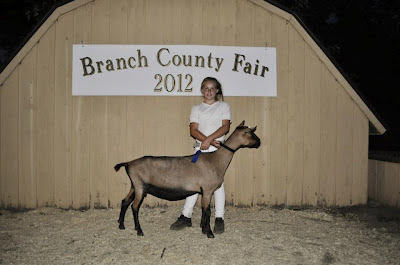 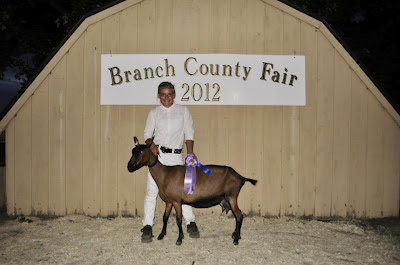 It was quite a night for the girls! 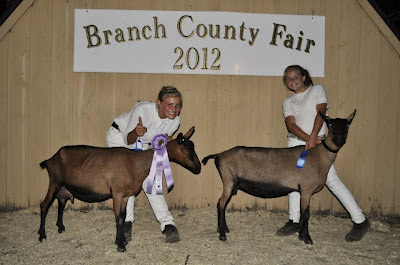 With the hot, dry weather the animals are not in the best condition so I was not sure how they would do. We were very happy they ended up doing so well.

Even  with all of the blunders. One of the big ones being we forgot to seperate doe kid from mom until after 9:30 a.m., 6 1/2 hours before show started. Thankfully Breeding Classses were last and that gave her a little more time to fill out but not
the suggested  12-14 hours.

Thursday: NO more shows! We can relax and enjoy the rest of the Fair.
We may actually get to visit the livestock barns and other displays they have at the Fair.