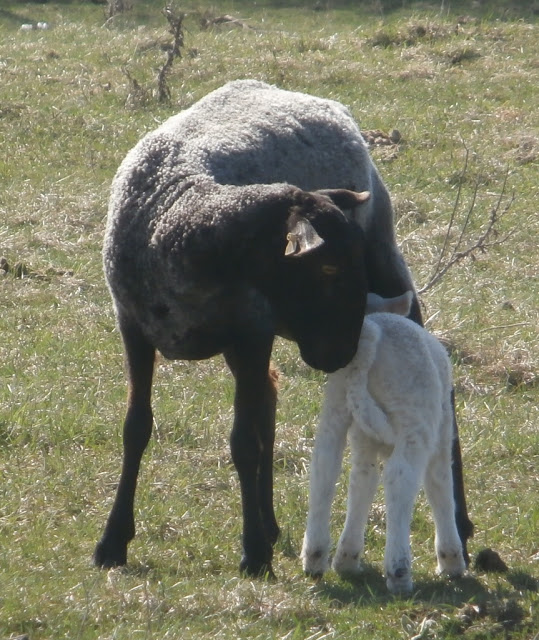 I haven't been active on our farm blog for quite some time. Farm life just gets in the way at times. To simplify things, I have decided to move our blog over to our website!

This blog will remain up, but not a lot of new content will be added, we may evetnually phase it out. 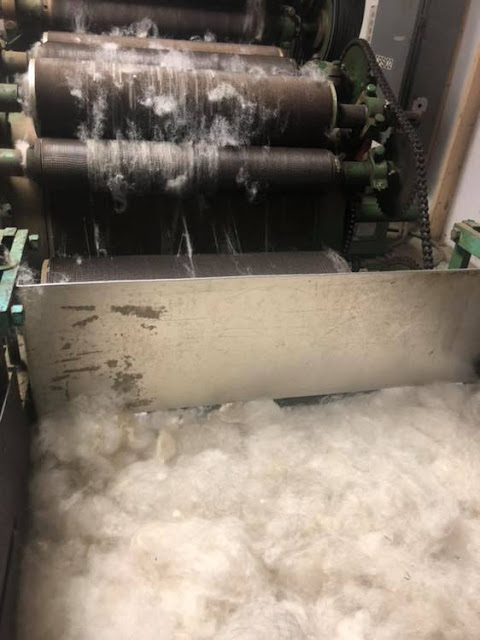 If you have ever wondered how we go from raw wool to roving,
now is your chance to walk through the process with us!

We have talked about doing a video for quite some time.
With the help from our oldest daughter, we finally did it.

To watch the tour click on the link below.

Thank you for joining us, I hope you enjoyed it.
If you have any questions for us, let us know!
Posted by Sandra at 1:08:00 PM 1 comment:

Shave 'Em to Save "Em 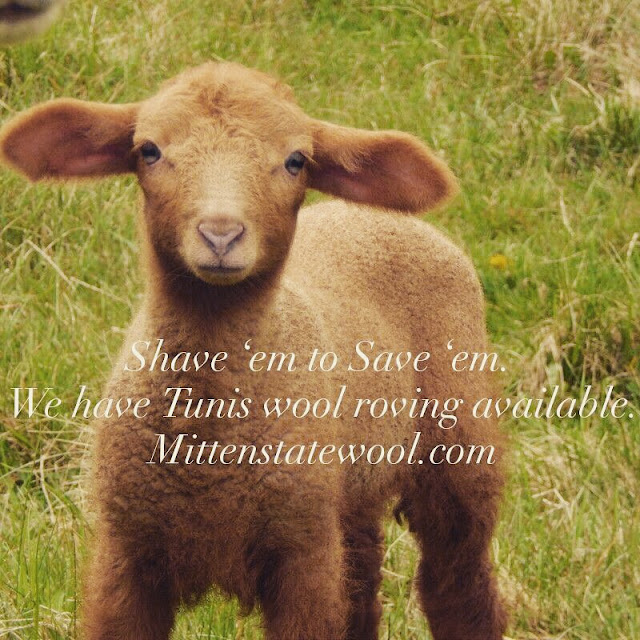 Have you heard of the Livestock Conservancy Shave 'Em to Save 'Em initiative? 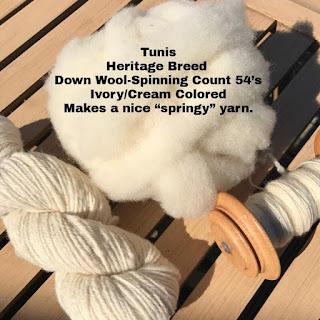 It is a fun program they started for fiber artist to encourage them to try new wool that are listed on the Conservation Priority List. You get a "passport" and when you purchase wool (at least 4 oz. of raw wool, washed wool, roving, top, batts, or yarn) from a Fiber Provider that is signed up with the program, you get a stamp to add to your passport.

It is also a great program for those raising heritage breeds, you sign up as a fiber provider and get listed on their website. The feedback from providers has been positive, as they are selling their wool, some for the first time.

I am signed up as a provider and artist!

I have purchased wool from several farms:Lincoln, Jacob, Shetland, Leicester Longwool, and CVM. Still quite a few to go...


A great opportunity to experience spinning so many different breeds.

Are you participating?  I would love to hear your experiences, whether you are selling or buying.

I hope you check it out, the more the merrier!

March and April are Behind Us 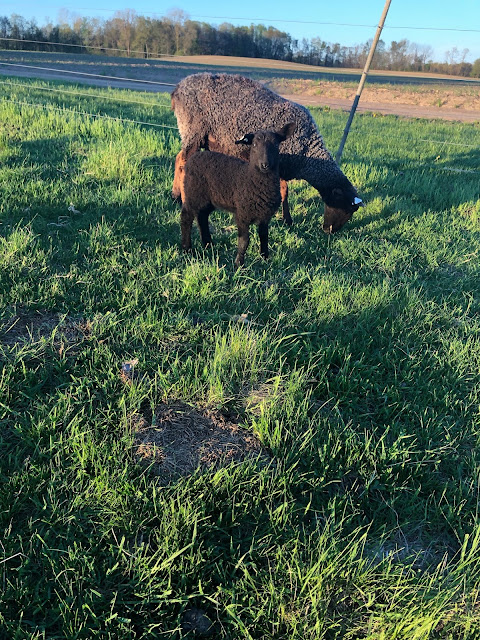 Where did March and April go? It is so busy on the farm this time of year, the time just flies by.

We have a great group of lambs this year. 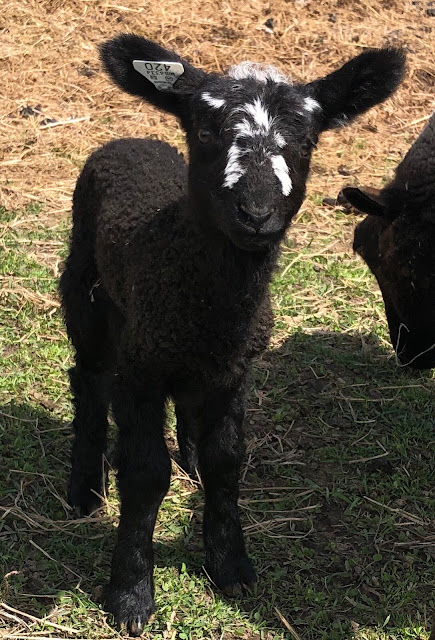 We also have a larger than usual group of bottle lambs. They are cute but they are a lot of extra work. 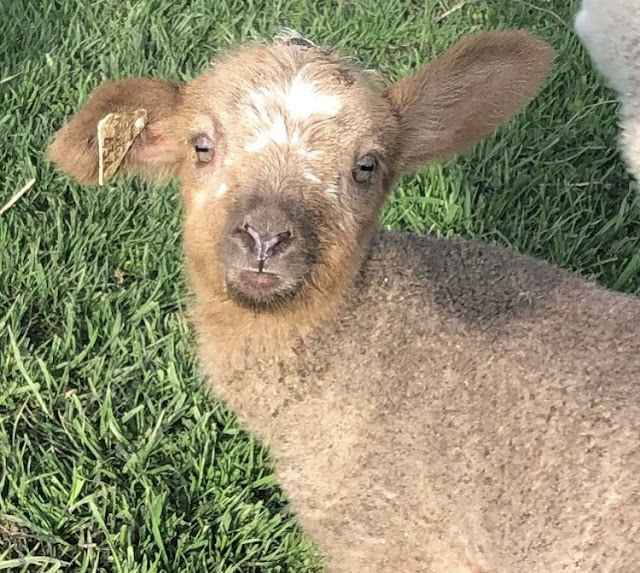 We have a few dairy goats on the farm. Sophie just kidded this past week. Triplets! They are the sweetest babies. This one wasn't even two days old and went missing. After thirty minutes of looking we found her behind some boards in the barn. They know how to frazzle your nerves. 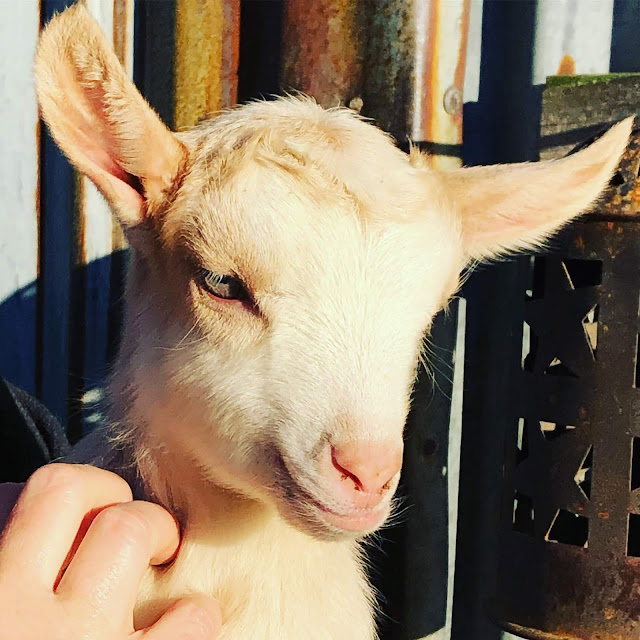 Still working through our fleeces. 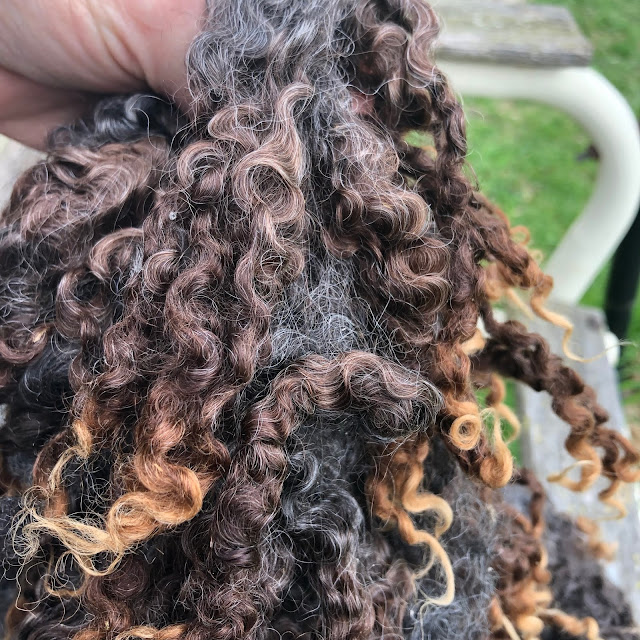 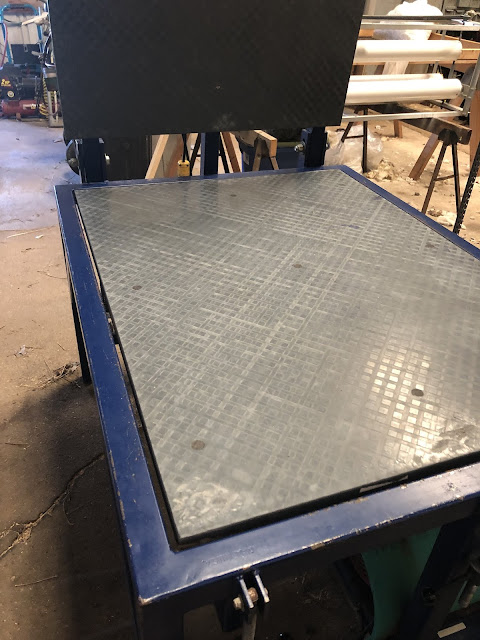 I am excited that we added some felting equipment to our mill! We just have to be able to make batts with the carder, which Mike is working on now. Once that is done, we can start playing around with the Felting table. 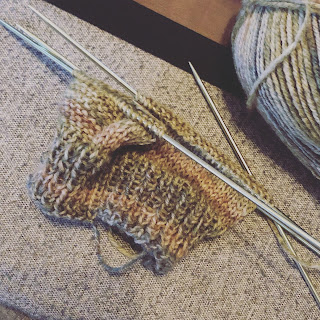 I have managed a little time for knitting. I am working with sock yarn for the first time. I am not going to lie, it is a little tedious and I have almost quit a couple of times, but I am determined to finish at least one pair. The yarn came from a thrift shop, 99 cents a skein.

The weather has been less than ideal. The sheep have spent more time in the barn than I can ever remember. Cold temps and rain are the worst. I am still waiting for the warmer weather to come and stay.

Hope the sun is shining where you are and you are enjoying your Spring.

March and April are always a crazy time for us on the farm.

The mill washing facilities get turned back on after a long winter break. Just in time for March shearing. 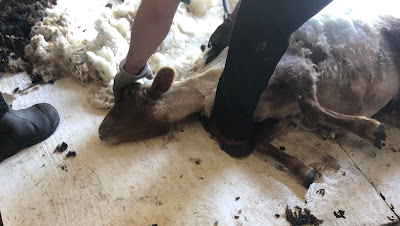 We sheared early March, a little earlier than normal.

We had nice weather, considering it was March but the sheep were locked up in the barn for a few days due to the cold rain that came after. Without their wool to protect them from the elements, it is necessary.

With our sheep being such woolies, we like to get the sheep sheared before lambing. We can keep a better eye on the condition of the ewes, that wool hides a lot! We also like that we don't have to worry about babies sucking on wool tags and having to fight to find the ewe's udder.

We had lambing planned for April, but one nice day in March, Mike was grilling and heard some lamb cries. He knew that didn't sound right, but sure enough, there were two babies in the pasture. So that ram did manage to get into some mischief when he got out for that hour!

It just happened to my birthday, so birthday present for me :)  Two little Border Leicester ewe lambs. Unfortunately, mama rejected one. We do our best to make it work out where mom takes both, but she was aggressive, so the lamb ended up being in the house for a few days. She is our resident bottle lamb, we named her Mabel, after the matriarch of our flock that we lost a couple years ago.

The rest of the lambs started coming in April (as planned). We are a couple weeks into lambing now,  the weather has been so so, still a lot of cold rain to contend with, so the lambs are being held hostage in the barn. I hope next week we can let them all loose, it is getting crowded with all of those ewes and their babies.

It has been a typical lambing season, everyone is tired, the house is a mess, and we can't wait until it is over :)

Some of our new lamb (selfies)

Just a few more weeks and it will be over!